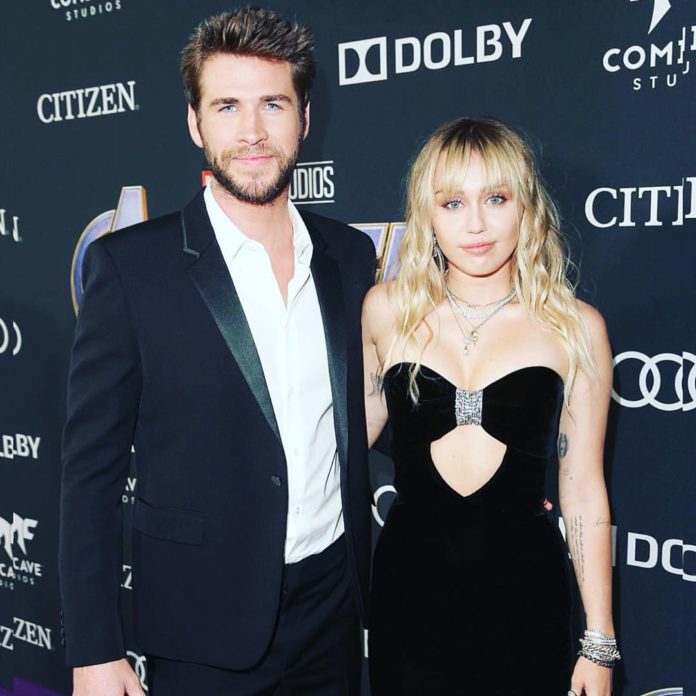 Australian actor Liam Hemsworth and wife Miley Cyrus have announced their separation in an official statement. Through a Instagram post, Liam confirmed that he and Miley have parted ways. The fans of the couple received a shock when the singer’s representative announced that the couple have split in less than a year since they got married.

Liam has finally broken his silence over the split and issued a statement. The actor shared a picture of a setting sun and wrote, “Hi all Just a quick note to say that Miley and I have recently separated and I wish her nothing but health and happiness going forward. This is a private matter and I have not made, nor will I be making, any comments to any journalists or media outlets. Any reported quotes attributed to me are false. Peace and Love.” After seven months of marriage, the couple has parted ways and was also confirmed by a representative of Miley in a public statement.

The statement from Miley’s representative said, “Liam and Miley have agreed to separate at this time. Ever-evolving, changing as partners and individuals, they have decided this is what’s best while they both focus on themselves and careers”. Liam is at present hanging out with brother Chris Hemsworth’s Byron Bay beach house. Just a few days after the announcement, the actor was approached by Daily Mail Australia when he was grabbing frozen yogurt.

When he was asked about the split, the actor responded, “You don’t understand what it’s like. I don’t want to talk about it, mate.” Liam and Miley have been in an on and off relationship since a long time since 2009. The couple got engaged in June 2012 and lived together in Los Angeles but ended their engagement in 2013. Liam Hemsworth and Miley Cyrus got married in a private wedding on December 23, 2018 at their home in Nashville, Tennesse.