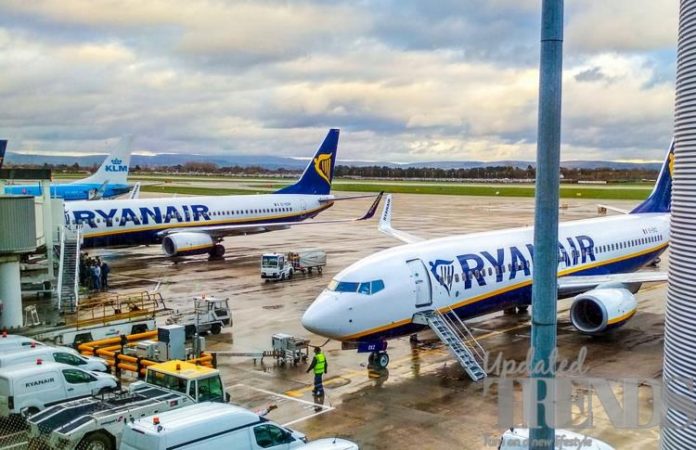 Irish low cost airline, Ryanair has announced that it will fly 5 million less passengers than planned in 2020 due to the delayed deliveries of the Boeing’s grounded 737 Max. The company has also warned that the jobs would be affected and the airport bases closed as a result. Ryanair is the biggest low-cost airline in Europe and was expected to bring the first five of 135 planes on order in to service in 2019 and 58 by next summer.

On July 16, 2019 the company said that on a prudent estimate, it would have about half of that number but there were no guarantees. Ryanair now expects to carry about 157 million passengers in the year to March, 2021 while cutting its summer 2020 growth rate to 3 percent from 7 percent. The lower than expected passenger numbers, have suggested that the airline would cut about 30,000 flights from its plans for next year.

The 737 Max remains grounded across the globe after it faced two crashes in Indonesia and Ethiopia that killed a total of 346 people. Meanwhile, Boeing is yet to convince the regulators that the modifications are sufficient to ensure the safety of the plane. Michael O’Leary, the Chief executive of Ryanair said, “Ryanair remains committed to the 737 Max aircraft, and now expects that it will return to flying service before the end of 2019.”

This time the airline had ordered a larger 197 seat version known as Max 200 which is a variant that is expected to be separately certified as a safe month or two after the 737 Max 8 fleet returns to work. The company hoped to receive its first aircraft in January or February 2020. O’Leary added that the shortfall in deliveries will also mean that some bases will be closed in winter and will include the routes where the flights have already been sold as well as cuts next summer. The chief executive of Ryanair added that they will have to enter into intensive negotiations with their people and unions.