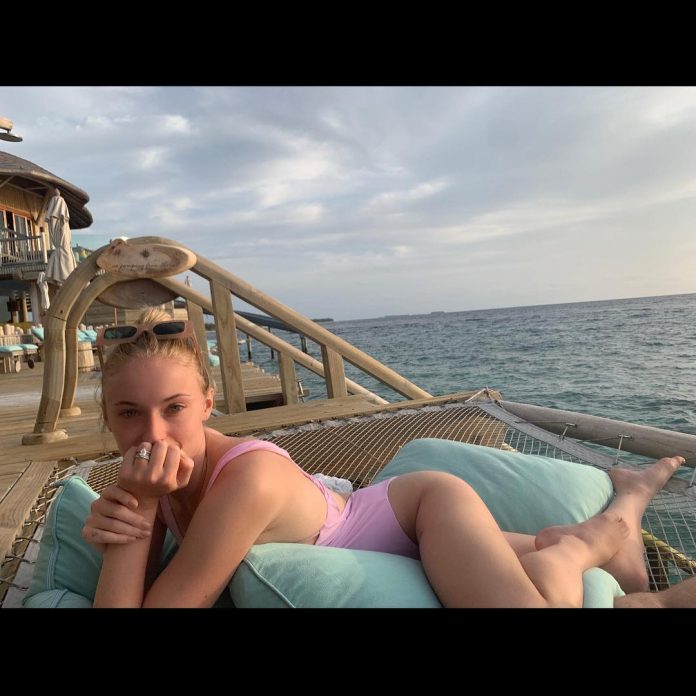 The couple posted pictures of their vacation on their respective Instagram account as they are enjoying a luxurious stay at the Suneva Fushi resort. One of the pictures has Sophie in a pink monokini while lounging near the ocean while Jonas can be seen eating sushi in another picture. One of the videos of Jonas has shown him sliding down a water slide in to the sea below.

The couple had headed for their first wedding right after the Billboard Music awards in May, 2019. Joe and Sophie had an official wedding in Las Vegas and were married off by Elvis Preston impersonator. Jonas proposed Turner in September 2018 after a year of dating. Sophie had in an earlier interview revealed that she and Jonas had briefly split before they got married.

Jonas had earlier dated Taylor Swift for three months in 2008 and then dated American actress Camilla Belle who had also appeared on the Jonas Brothers Lovebug music video. He was also in an on and off relationship with Demi Lovato but split in 2010.