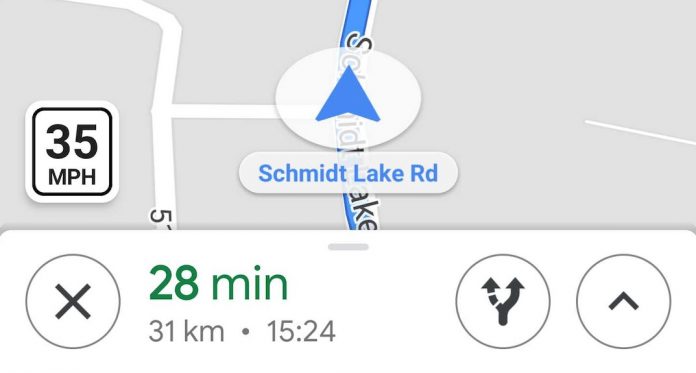 Popular mapping service Google Maps is rolling out speed limit warnings at both fixed and mobile radar locations in more than 40 countries. The search engine giant has confirmed the launch to a leading daily. The new feature is being rolled out after running limited tests in the US and elsewhere. The features have been borrowed from Waze that is owned by Google and will appear in the iOS and Android Maps.

The speed limit signs are located in the bottom corner of Maps and the radar and the photo radar traps appear as icons on the virtual roads. The features are available in Australia, Brazil, US, Canada, UK, Mexico, India, Japan, Bosnia, Bulharia, Croatia, Czechia, Estonia, Finland, Malta, Romania, Portugal, Sweden, Greece, Morocco, Namibia, Latvia, Oman, Poland, Tunisia, Spain, Sweden, Zimbabwe, South Africa and more countries. However, users in France, Switzerland and Germany have noted that they are not seeing the radar trap locations as such features are illegal in those countries.

In France, the police are allowed to check the mobile phone for illegal apps and can also levy steep fines and even confiscate the vehicle of they find them. The Android as well as iOS users can benefit from the new features. Only the Android users can report fixed photo radar and mobile radar location for now. The search engine giant has borrowed the features from Waze and uses the official sources and driver feedback.

However, Waze has a richer feature set and also warns of accidents, red light cameras and other hazards. Google Maps is widely used by the users despite the fact that it has the most basic features. For instance, it still does not allow to show the vehicle’s speed. Under such circumstance the introduction of speed limit and radar trap warnings are big changes that will come handy for the Google Maps users.
Photo Credits: Android Police