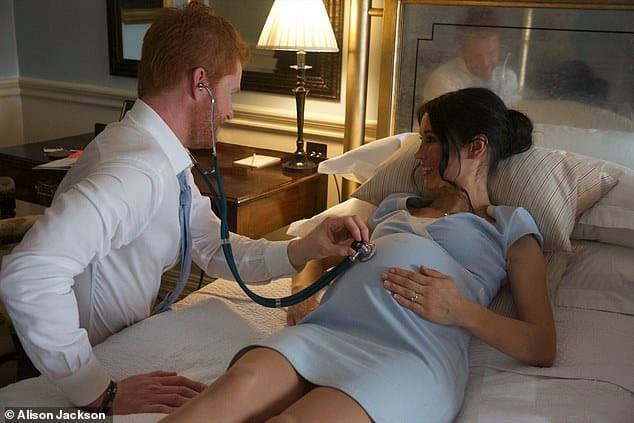 After a long wait, the Duchess of Sussex Meghan Markle has given birth to a baby boy at 0526 hrs on May 6, 2019. The announcement came from the Kensington Palace. Prince Harry and Meghan Markle are now happy parents to a little bundle of joy. The baby will be the seventh-in-line to the British throne and Prince Harry said, that the baby “is absolutely to die for”.

A formal announcement was also made on their official Instagram account of the Royal couple that said they “welcomed their firstborn child in the early morning on May 6th, 2019. Their Royal Highnesses’ son weighs 7lbs. 3oz. The Duchess and baby are both healthy and well, and the couple thank members of the public for their shared excitement and support during this very special time in their lives. More details will be shared in the forthcoming days.”

Fans of the couple from across the globe were waiting for the news of Meghan Markle and Prince Harry’s child’s birth since the end of April, 2019. Congratulatory messages poured in since the formal announcement was made. Reports said that Meghan opted for a home birth instead of taking medical assistance from St. Mary’s Hospital in London, where Kate Middleton’s all three children were born. The couple also skipped the traditional photo op that was followed by Kate and Prince William at the Lindo Wing.

The newly born royal, has become the eighth grandchild of the 93 year old Queen, who is the world’s longest reigning monarch and could also be entitled to hold joint British American citizenship according to nationality rules. But the child will not be a prince automatically as such a title has to be announced by the Queen by issuing a letter patent. The parents are officially titled as the Duke and Duchess of Sussex. Harry and Meghan have attracted a lot of attention from the younger generation and are treated as Hollywood superstars.