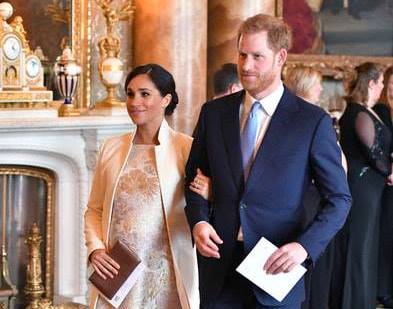 The Buckingham Palace has confirmed that the Duke and Duchess of Sussex have decided to keep the details of the birth of their baby private. Prince Harry and Meghan Markle are all set to welcome their bundle of joy any time soon. Before the big day arrives, the Buckingham Palace issued an official statement.

The due date of the royal baby is just a few days away and the official statement has come after it was first announced in 2018 that the former Hollywood actress is expecting her first child with Prince Harry. The statement was issued on April 11, 2019 which said, “The Duke and Duchess of Sussex are very grateful for the goodwill they have received from people throughout the United Kingdom and around the world as they prepare to welcome their baby.” The statement further added, “Their Royal Highnesses have taken a personal decision to keep the plans around the arrival of their baby private. The Duke and Duchess look forward to sharing the exciting news with everyone once they have had an opportunity to celebrate privately as a new family.”

Talking about the royal tradition, the royal couples have so far posed for pictures outside the steps of the Lindo Wing of St. Mary’s hospital in London while they take home their little one home. But now reports say that Meghan Markle and Prince Harry will not be following the tradition after their baby’s birth. Considering that they want to keep the details private, the couple might choose to share the baby news on their newly launched Instagram account.

Tim Rooke, who has earlier photographed all the three of the Duchess of Cambrige’s babies recently spoke to a leading daily and said that there are less probabilities that the same thing would happen with the Duchess of Sussex’s baby and that the couple might not even show the baby at all. Prince harry and Meghan Markle have officially moved out of the Kensington palace in London.