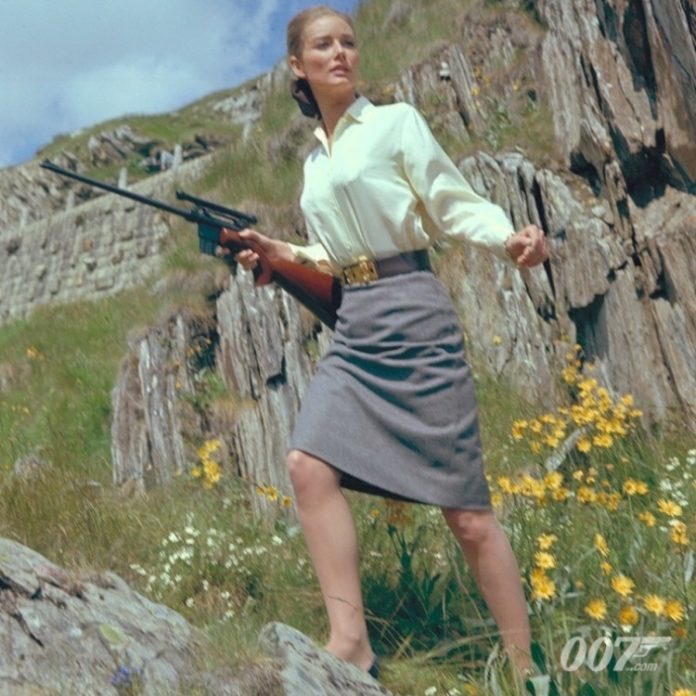 English model and actress Tania Mallet, who was best known for her performance as Tilly Masterson in the James Bond film Goldfinger, passed away at the age of 77. The announcement was made on the official James Bond twitter account on March 31, 2019.

The Twitter post wrote, “We are very sorry to hear that Tania Mallet who played Tilly Masterson in ‘Goldfinger’ has passed away,” the tweet reads. “Our thoughts are with her family and friends at this sad time.” Mallet was the first cousin of actress Helen Mirren and was born in Blackpool, England to British father Henry Mallet and Russian mother Olga Mironoff. Mallet was a model when she was finalized for the role of Masterson by producer Albert Cubby Broccoli.

The actress had earlier auditioned for the role of Tatiana Romanova in the 1963 film From Russia With Love, but had then lost the role to Daniela Bianchi. Mallet’s character in Goldfinger had portrayed the sister of Shirley Eaton’s Jill Masterson who had betrayed the villain Auric Goldfinger and is killed by him through skin suffocation after being completely painted in gold paint. Masterson had bent on avenging her sister’s death but is subsequently killed in the film by Goldfinger’s servant, Oddjob played by Harold Sakata, who throws a steel-rimmed hat at her. Tania did not like the restrictions that were imposed on her personal freedom when she was under contract during the film.

Mallet told James Bond fan site MI6 in 2003 that she was always comfortable in a small studio with just a photographer and his assistant. The model added, “The restrictions placed on me for the duration of the filming grated, were dreadful, and I could not anticipate living my life like that”. Mirren in her 2007 memoir said, “In the Frame: My Life in Words and Pictures,” that Mallet was a “loyal and generous person” who had helped pay for her brother’s education with her income as a model.