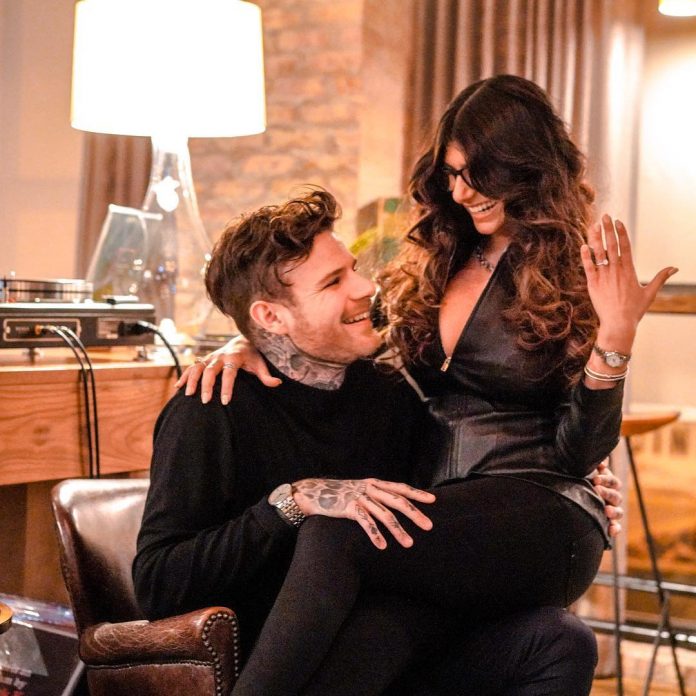 Social media personality and webcam model Mia Khalifa, who is also known as Mia Callista, surprised her fans after she announced her engagement to her long-term boyfriend and Swedish Chef, Robert Sandberg. The celebrities took their respective Instagram pages to announce their engagement. The pictures of the two soon went viral on the internet.

Mia and Robert gave details about the entire proposal through their posts as they posted a few adorable pictures. Sandberg wrote, “We went to Chicago this weekend and had a wonderful dinner at Smyth. I proposed to @miakhalifa and she said YES! The ring was hidden in a bowl of dried ingredients and came out as a ‘new serving’. Mia was too curious and too eager to taste so she started to eat the inedible ingredients. I told her not to do it and then I put the ring on the finger. I love you so much”.

Mia had earlier got married to her high school sweetheart in February 2011 and they got separated in 2014 and got divorced in 2016. The actress was known as an adult actor and her parents had stopped talking to her due to her career choice. Her parents had in a statement disassociated themselves from her actions saying that her decision to enter the adult industry came from her residence in a foreign country.

Mia ended her adult career and made use of her social media presence of more than 2.3 million Twitter and more than 11 million Instagram followers. Callista is a Lebanese-born American sports commentator and had her career as an adult actress from 2014 to 2015. She started off her adult career in October and by December 2014 she was ranked as the number one performer on the adult website. Mia Khalifa and her  choice of career was also met with controversy in the Middle East, especially when she had performed explicit acts while wearing the Islami Hijab.