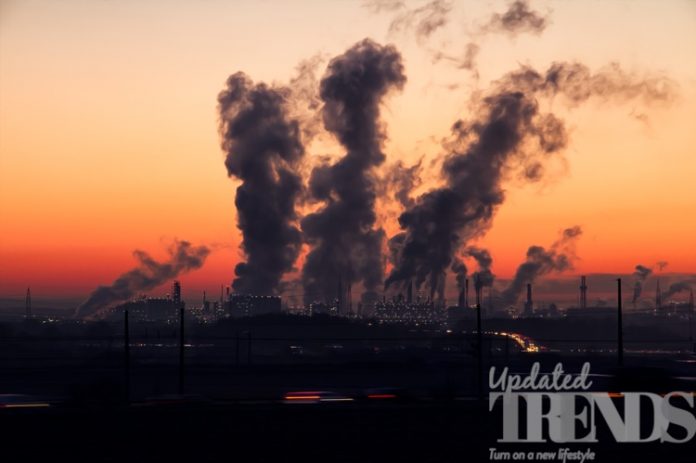 Authorities in the UK have issued air pollution warnings across the UK due to local emissions and poor air quality from the continent. Light winds and other factors have created a potentially hazardous conditions. Sadiq Khan, the mayor of London has issued a high pollution alert for the capital on February 26, 2019 as the government’s air quality information service has found particulate matter in the East Midlands and West Midlands to be particularly high.

Similar warnings have also been issued for the towns and cities across the North and England and it includes Leeds, Scotland and Northern Ireland. The office of the mayor has said that there has been poor air quality in London since February 24, 2019 evening as a result of local emissions which failed to disperse and particle pollution from Germany and France. The pollution in London was expected to worsen on February 26, 2019 and prompted that an alert will be broadcasted across 2,500 bus stop and river pier signs and also at the entrances to all 270 Tube Stations.

Instructions will be flashed on the roadside message boards on the busiest main roads for the drivers to switch engines off when stationary. This is the 101th time the air quality alert system has been used since Mr. Khan became the mayor in May, 2016. In 2018, an ultra-low emission zone, in which the drivers of polluting vehicles pay extra charges in an attempt to tackle air pollution. On February 26, there is a continued forecast of local emissions and the arrival of air from northern Europe which is even more toxic as it is bringing pollution from a working weekday instead of weekend.

A cloud of Saharan dust was also expected to worsen the air quality in the coming days. People who suffer from lung problem and heart problems have been warned to reduce strenuous physical exertion particularly outside during high pollution. People suffering from asthma have been advised to use their inhalers more often.