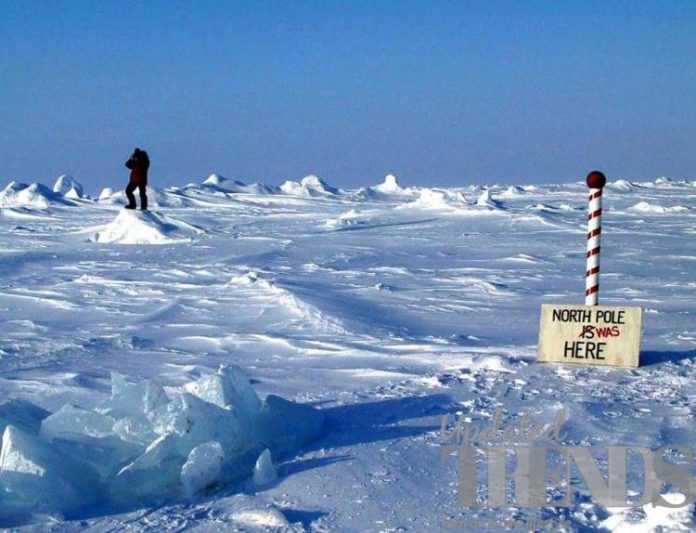 A set of surprising activities have been noticed by the scientists at the Earth’s Polar regions and that too at times they don’t expect like in winter and at places they don’t expect like eastern America. Some of the new studies and reports have been issued this week at a major earth sciences conference and have reported of dramatic warming in the Arctic and the Antarctica.

The Alaskan scientists, while talking to the Associated Press , had described it as never-seen-before melting and odd winter problems which includes permafrost that never again refroze this past winter and wildlife die-offs. The National Oceanic and Atmospheric Administration on December 11, 2018 released its annual Arctic report card which had described the second warmest year on record in the Arctic. More problems have been reported including record low winter sea ice in parts of the region and increased toxic algal blooms which are otherwise a warm water phenomenon.

Even the weather changes in the rest of the country indicate to what is happening in the far North. The lead author of the report, Emily Osborne said, “The Arctic is experiencing the most unprecedented transition in human history”. The University of Colorado environmental sciences program director Waleed Abdalati said that what is happening is a big deal and added, “It’s a new Arctic. We’ve gone from white to blue”. Abdalati added that the continued warming of the Arctic atmosphere and ocean are driving broad change in the environmental system in predicted and also in unexpected ways.

One of the most noticeable problems is the record low sea ice in winter in the Bering sea in 2017 and 2018. Donald Perovich, a report card co-author said that the Bering Sea lost an area of ice the area of Idaho. This has indicated a problem as the oldest and thickest sea ice has gone down 95 percent from 30 years back.