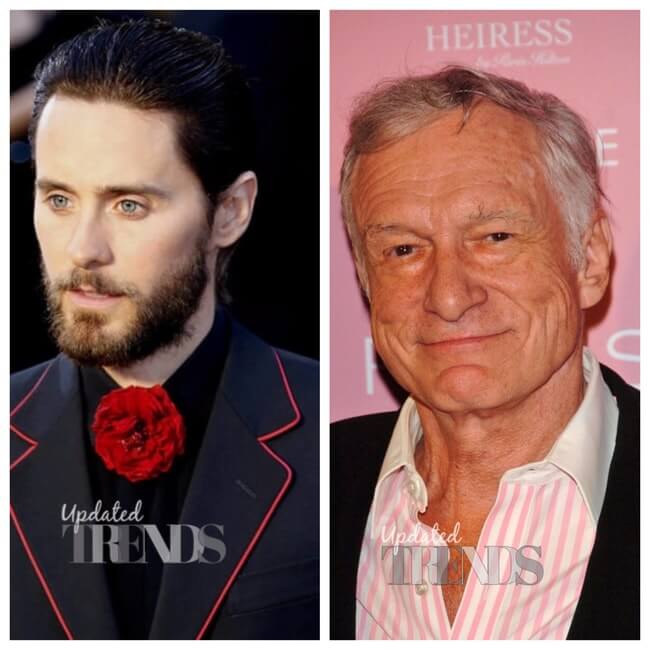 He won the Oscar for his powerful performance as a transgender woman who is HIV positive in Dallas Buyer’s Club (2013) and now he is reportedly all set to play the Playboy magazine founder and the business magnate Hugh Hefner who recently died at the age of 91.

Jared Leto will be playing the part of the mogul in a yet untitled biopic by X Men: The Last Stand director, Brett Ratner for playing the role of Hefner, a project long being planned by the director. Reports further suggested that initially Robert Downey Jr. and Hugh Jackman would have been a part of the project with Universal Pictures and Imagine Entertainment but Ratner’s RatPac Entertainment later bought the rights to the film in April 2017.

In an  interview with Variety, Hefner had given his approval for the film, saying, “In recent years there has been plenty of interest and much conversation about doing a feature film based on my life. I have always believed that when the timing was truly right, the perfect creative partners would come together for this project. I believe we’ve found those partners in Brett Ratner and RatPac Entertainment. I’m very much looking forward to this collaboration.”

The collaboration he spoke about was between Ratpac and Playboy/Alta Loma Entertainment where Hefner reportedly would have been the executive producer when Ratner had declared his plan to make this film on Hefner’s life and times. However, things did not go exactly as planned and post Hefner’s death on September 27, 2017, singer-actor Leto has been roped in for the iconic role, reports The Hollywood Reporter. He also told the leading website about Leto: “When he heard I got the rights to Hef’s story, he told me, ‘I want to play him. I want to understand him.’ And I really believe Jared can do it. He’s one of the great actors of today,” adding further that though Leto could not meet Hefner, “there’s enough footage on Hef out there that Jared will be able to get as much information as he wants.”

The news however comes in the middle of a slew of controversies surrounding Hefner’s ideologies, Ratner’s reported use of a homophobic slur and Leto’s Method acting ways where he reportedly sent dead and living animals to his co-actors in Special Squad in his role as the Joker. The netizens have not taken to the news very well which is evident from the tweets following the news:

Jared Leto is starring in a Hugh Hefner biopic by Brett Ratner? ah yes, the perfect team for that ~feminist legacy~ i’ve been hearing about.

Genuinely terrified to contemplate what Jared Leto will send to his co-stars on this film. https://t.co/r03dcVL8WX

Leto will next be seen in Blade Runner 2049 sequel, starring Ryan Gosling and Harrison Ford in lead roles. The movie is slated to release on Friday, October 6, 2017.