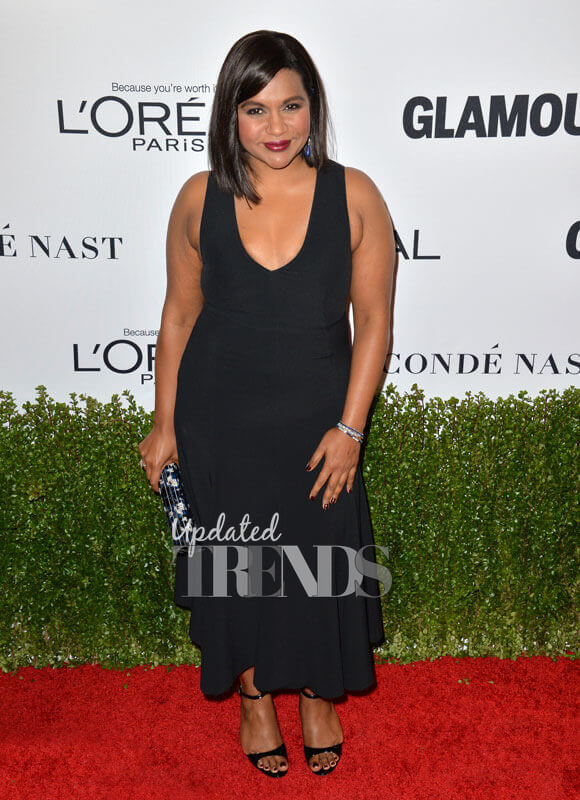 Mindy Kaling from The Mindy’s Project is ready to embrace motherhood, albeit being a little “anxious” about the life-altering changes that it will bring. In an interview with Sunday Today, she reportedly said that she spoke about the unpredictability and “out of control” phenomenon that pregnancy is: “I have a lot of control over a lot of aspects of my life, and this is one where I’m like, ‘OK, it’s out of my hands.”

She further confessed of having a feeling that she will be the dorky mom along with being fun. What she also reportedly looks forward to is being critical of other parents, especially mothers. She confessed, “It’s so easy to criticize parenting until you are a parent, so one of the nice things about becoming a parent is that I’ll be able to openly criticize other parenting because I will have a child.”

Reports further suggest that it was Oprah Winfrey who first told People in an interview about Kaling’s pregnancy, adding that her The Mindy Project co-actors let it out that the baby was a girl. In August this year, Kaling herself admitted to her pregnancy during the interview with Sunday Today and will probably take cues on motherhood from her own deceased mother who reportedly died of pancreatic cancer in 2012. She said, “My mom was incredibly fierce and so devoted to us, just loved us and really wanted us to be happy no matter what we did,” adding that “if I could give that to my child, just that open-mindedness, I’d be so happy.”

The 38-year-old writer and actress, Kaling feels that not being in control of her pregnancy makes the whole thing scarier yet a lot of fun.

Meanwhile, The Mindy Project’s finale season that recently finished shooting the last is now featuring on Hulu. The complete interview aired on September 24, 2017.