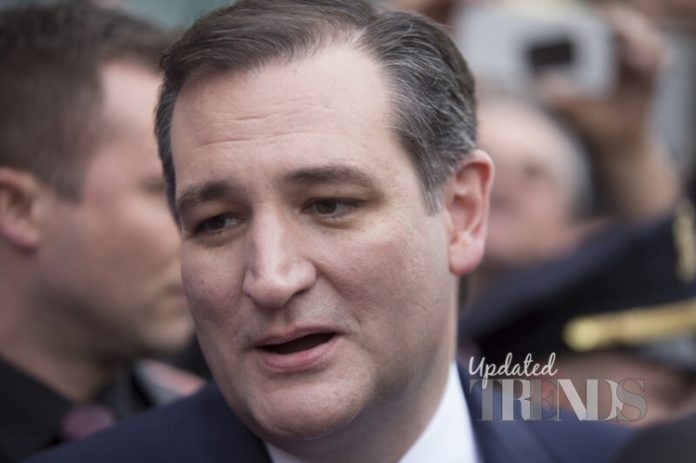 Cruz still continues to maintain to the media that the Twitter gaffe was “a staffing issue” and “not a deliberate action.” He even made light of the incident and was quoted saying, “This is not how I envisioned waking up this morning. Although I will say that if I had known that this would trend so quickly, perhaps we should have posted something like this back during the Indiana primary.”

CRUZ: “It was a staffing issue, and it was inadvertent, it was a mistake, it was not a deliberate action.”

Twitteratis, on the other hand, have been posting hilarious and exciting replies and reactions to Cruz’s tweet even as the tweet was first unliked and then deleted from his account after reportedly being there for an hour.

Ted Cruz will say it was a rogue staffer but… pic.twitter.com/tPOFxw6Nls

I woke up so curious as to why Ted Cruz is trending & I imagine all of his staffers now feel like this. #TedCruz pic.twitter.com/mNclHWLUk3

I can’t wait for Ted Cruz “I was hacked” press conference. pic.twitter.com/yQ0UCC4LSy

Um @tedcruz do you need a premium membership?? I know a guy pic.twitter.com/kDmHrZtmJk

Right Now: Ted Cruz Intern who forgot to switch back to his own twitter profile before his lunch break: pic.twitter.com/aGUAK8pt1a

This is the night that Ted Cruz became president.

However, coming at a time when Americans just went through their remembrances of the September 11 attack and are still wading their ways through the twin hurricanes, this ‘video like’ could result in bad news for the Texan politician.