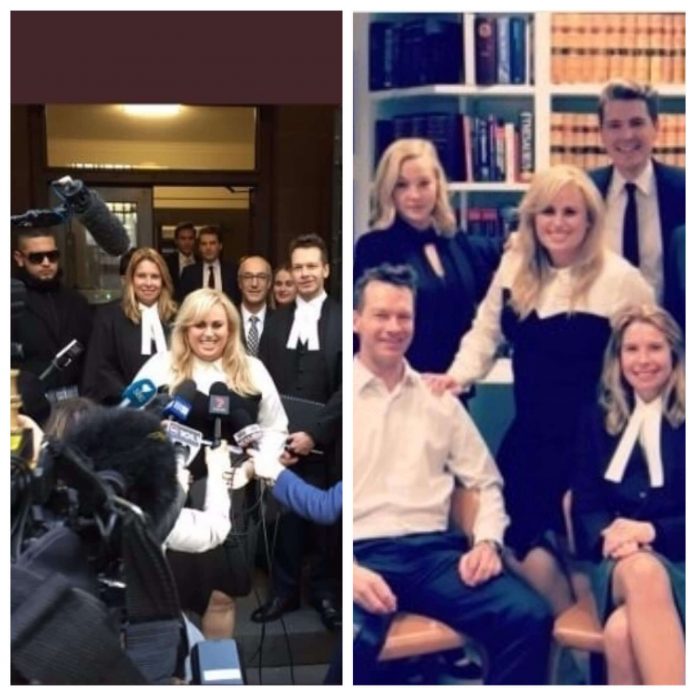 Rebel Wilson has a record-breaking reason to celebrate – not only the false allegations made against her by a reputed media firm, Bauer Media has been now deemed erroneous and untruthful, she has been able to reportedly score a grand payout in her defamation case against Bauer’s “campaign” to show her in a bad light, accusing her of lying her way into Hollywood.

Bauer Media publishes magazines like the Woman’s Day and Australian Women’s Weekly that have become popular with the celebrities and movie buffs alike and created an online buzz with defamatory articles questioning Wilson’s name, age and childhood experiences. This, according to Wilson, had claimed great onscreen roles and opportunities from her and she could not find work in the industry anymore owing to the series of articles that got published in Woman’s Day, Australian Women’s Weekly, OK and New Weekly. Her Hollywood career had been substantially ruined!

But a long court case struggle ultimately proved fruitful as she is now the first-ever person to have been awarded an “unprecedentedly” high damage payout in  a defamation case in the history of Australia, worth 4.5 million dollars apart from the legal expenses, interests and court bearings.

Justice John Dixon awarded the Pitch Perfect actress 6,50,000 Australian dollars in general damages and 3.97 million Australian dollars as special damages against the media firm as he agreed that Wilson had gone through “substantial” damages due to the eight articles that everyone believed to be authentic and true, reportedly costing her significant roles especially right after her film, Pitch Perfect 2’s release, post May 2015 since the articles were published condemning her as a serial liar.

Judge Dixon reportedly noted, “The allegations were based on information from a source who required payment and anonymity and whom the editor considered had an axe to grind.”

Wilson expressed her gratitude for the judgment on Twitter and claimed that she would be supporting the Australian film industry and donate the rest to Australian charities not keeping any of the awarded money with herself.

I’m looking forward to helping out some great Australian charities and supporting the Oz film industry with the damages I’ve received.

Wilson, in a series of tweets, mentioned how the case went in her favor and what prompted the judiciary to deliver such a large payout and consider her defamation case to be something extraordinary.

Today was the end of a long and hard court battle against Bauer Media who viciously tried to take me down with a series of false articles.

When the jury delivered its verdict they answered every single point in my favour.

The judge accepted without qualification that I had an extremely high reputation and that the damage inflicted on me was substantial.

He said the nature of the aggravated defamation and the unprecedented extent of dissemination makes vindication of particular importance.

The judge said he knew that the info from anonymous paid source was false.

She further is elated to have been granted a staggering amount in special damages in her high-profile case against the leading tabloid.

Justice Dixon has awarded me a record sum and I’m extremely grateful for that. It is 4 times the Australian record.

To me though, this case wasn’t about the money.

And re my defamation case win, any $’s I receive will go to charity, scholarships or invested into the Aussie film industry to provide jobs

Wilson is looking forward to get back to her entertainment career and said she “felt humbled” with the love and support she acquired amid all the troubles. Media reports claim that the actress lost two years of doing what she loves, “which is entertaining people and making people laugh.”

Meanwhile, Bauer Media’s attorney has stated that the publisher who will now have to pay the whopping amount to the reputed actress is considering the judgment. He further glorified the company, saying, “Bauer Media has a long history of delivering great stories to our readers and we have a reputation for developing some of the best editorial teams in this country. This is what we are focused on. It is about continuing to do what we do best and that is delivering great content to more than 85% of Australian women across the country via our iconic portfolio.”

Wilson will next be seen in the upcoming film, Pitch Perfect 3.