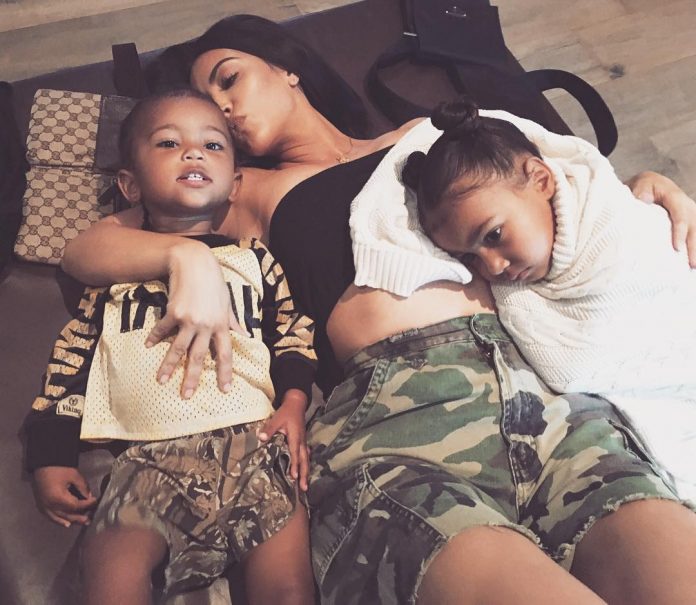 Kim K and Kanye already have two children – a daughter, North West and a son, Saint West. Kim suffers from a condition called placenta accreta, which results in a painful birthing experience, and the reality star doesn’t want to go through anymore suffering to expand her brood. The surrogate mother, who remains anonymous due to the high profile couple’s status is said to be following a strict diet and is being given the best medical treatment for the sake of the child.

The Keeping Up With The Kardashians reality star and her rapper husband are said to be ecstatic about their new arrival. The couple paid over $45,000 for the surrogate and found her through an agency.

A source close to Kim Kardashian and Kanye West reportedly told People, “The entire family is over the moon. Kim had been looking for a surrogate for months until recently when she found the perfect candidate. They want everything to be perfect and for the baby to be extremely healthy. They don’t want any complications and Kim is providing an ideal eating regimen and diet so everyone knows what the baby is consuming before it’s born.”

In an episode of Keeping Up With The Kardashians back in April, Kim Kardashian had expressed her desire to expand her brood. She had said at the time, “I’d just love nothing more than to expand my family and just know that I have this world at home that’s safe. And if for some reason I left this earth sooner that I really wanted to, then my kids would have a support system at home so that I know they would be okay if I wasn’t here.”