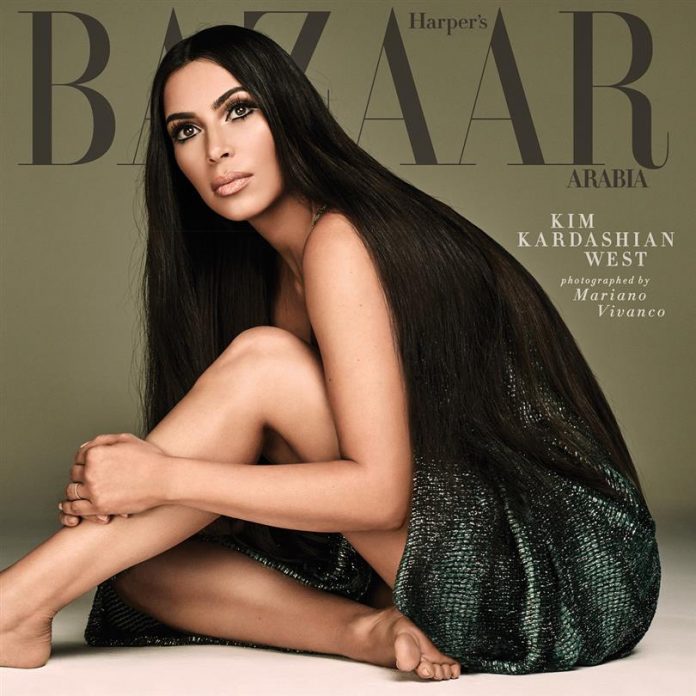 So far, Kim Kardashian has stayed out of politics. Though there was a campaign earlier for #Kanye2020, the reality star chooses to focus on staying glamorous. Gracing the cover of Harper’s Bazaar Arabia, Kim K channeled the legendary Cher in a black-and-white photoshoot in their upcoming issue. And this time, she also chose to give her opinion on the current political situation in the US. Yes, she went there.

No doubt Kim loves her children like a doting mother would. And like a good mother, she also thinks extremely highly of them. So when asked about what she thinks about the current controversial sitting President, she said her toddler could do it better than Trump! “Sometimes I feel like I want to speak out more about political issues. You have to be really careful about what you say, because a lot of things can be taken in the wrong context and I always want to be respectful; I don’t want to hurt anyone’s feelings.”

“Anyone can run the US better. My daughter [North West] would be better.”

Speaking as ‘America’s First Lady’ (as claimed by Interview magazine), she continued, “We’ve worked so hard to get to where we were and have so many things that we were so proud of in our country, to just literally revert backwards is the most frustrating thing. Every single day when you really can’t believe what’s going on, the next day it’s something else even more crazy and tragic. It’s really scary, the world we’re living in now. And when you did feel safe at home, now with Trump in presidency, you just don’t feel safe anymore.”

Kim Kardashian also worries about what life will be like for her daughter, particularly in the age of the internet. The entire Kardashian-Jenner clan continues to make their money through social media. “It doesn’t seem like the safest place. I have a pretty thick skin. But I feel bad for anyone who gets hate on social media. There’s so much cyber-bullying and negativity in comments to everyone. I think it’s so wrong. No matter what you do, you’re so judged and criticized on social media. I hope it changes. I hope people stop being so negative.”