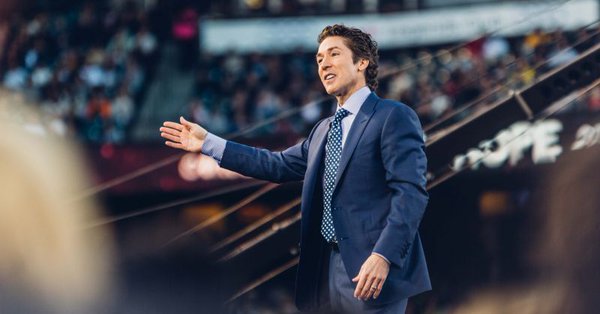 During a crisis, one would expect their fellow citizens to help out those in need. And with the onslaught of Hurricane Harvey flooding Texas, help is needed to stranded people more than ever. While Hollywood has been sending their prayers and money towards Texas, a local Houston pastor is under fire for not being as Christian as one would imagine he should be. That pastor is none other than Lakewood Church’s Joel Osteen.

Lakewood Church has been a Houston staple for 60 years now. Joel’s father had initially started the church there, but later his son took over. He is one of the most well-known tele-evangelical personalities, and his congregation forms what we could call a mega-church. Yet, there were many reports that Joel Osteen didn’t open the gates of his church to stranded individuals looking for shelter from Hurricane Harvey. The media got a hold of the news and began asking questions.

According to Huffington Post, in an interview aired on NBC’s Today, Joel Osteen defended his church, saying that the doors have always been open, and that media reports were incorrect. He said, “If people were here, they’d realize there were safety issues. We were just being precautious, but the main thing is the city didn’t ask us to become a shelter then.”

Lakewood Church was also affected by Hurricane Harvey, but had floodgates to prevent excessive damage. While other religious centres opened their doors to victims, Lakewood Church barred the public from entering, with a spokesperson saying they would let people in “once the cities and country shelters reach capacity.”

Joel Osteen continued, “It’s easy to say, ‘Wow, there’s that building. They’re not using it’. But we don’t have volunteers. We don’t have staff that could get here. We’re all about helping the city whenever we could – if they would have asked us to become a shelter early on, we would have prepared for it.”

WATCH: “We were just being precautious, but the main thing is the city didn’t ask us to become a shelter then.” -Pastor @JoelOsteen pic.twitter.com/Qdn5vgm09H