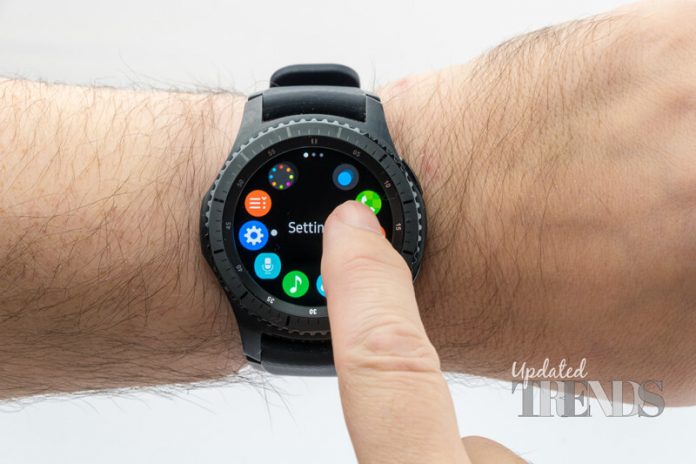 Amid the hullabaloo of the launch of the much-awaited Samsung Galaxy Note 8 with its personal voice assistant called Bixby, the tech giant has also announced the upcoming launch of Samsung Gear at the Internationale Funkausstellung or IFA at Berlin next week. It was reportedly after the smartphone’s features were listed and it was released officially, there was a confirmation by DJ Koh, the president of Samsung’s mobile division, on the probable release of a new Gear smartwatch variant, in succession to the previous models, Gear S3 Classic, Gear S3 Frontier, Gear Live, Gear Fit, Gear 2, Gear 2 Neo and Galaxy Gear.

The consumer electronics and home appliances industrial exhibition to be hosted at the beginning of the next month will witness the next line of Gear S smartwatches being released, DJ Koh was quoted stating to CNBC in an interview.

Samsung’s wearable launch of 2017 seems to be massive, if reports are to be believed. Amalgamating the features of Samsung Gear S3 and Fit 2, this might be a mini version that will focus both on smartwatch abilities and the features that monitors heartbeat, stress levels and the steps taken towards fitness. There is much anticipation and speculation regarding the model, as to whether it would be Samsung Gear fit 2 Pro, Samsung Gear Sport or something absolutely new and unexpected. It is likely that the smartwatch be named Gear S4. However, there is no confirmation as yet on its name or features.

DJ Koh has been further quoted as saying, “If we can put in place properly a smartwatch that can monitor everything for your health and provide the information, then the market will grow. Today’s sensors do not look like enough.”

Since the smartwatch that was rumored to launch before Note 8 will now be releasing afterwards, it probably will appear with Bixby that has been made available to more than 150 countries.

Meanwhile, there have also been reports suggesting that Samsung had by chance listed the Gear fit 2 Pro on its website that is meant to succeed the Gear Fit 2 launched last year and is better resistant to water, especially crafted for swimming. Could this mean that the tech biggie will unveil two smartwatches at the IFA event?

Introducing the #GalaxyNote8. The phone that defined big, just got bigger. pic.twitter.com/nHRmEeu6WB

Galaxy Note 8 smartphone will reportedly be available through pre-orders in a couple of days, starting at 930 US dollars and will come with dual rear cameras and Snapdragon 835 processor. The smartwatch launch at the IFA will be ahead of the release announcement of Apple Watch Series 3.

With new software updates, more useful features like Tizen’s newer versions and appealing designs, Bixby’s arrival and fitness features, the Samsung Gear smartwatch is likely to strengthen its foothold on the smartwatch market and be an attractive buy both for smartwatch lovers and fitness freaks.