It’s been just over a month since the tragic death of Linkin Park frontman, Chester Bennington. After a lot of silence, the remaining band members have made their first official statement, with an announcement to gather the fans together in memoriam of their fallen friend.

Posted to their official social media accounts, Linkin Park made the following statement: “Just wanted to say thank you to all our fans around the world for the tremendous outpouring of love, which has strengthened our spirit during this incredibly difficult time.”

“The five of us are so grateful for all of your support as we heal and build the future of Linkin Park.”

“We are working on a special public event in Los Angeles to honor Chester’s memory, and look forward to sharing details with you soon.” 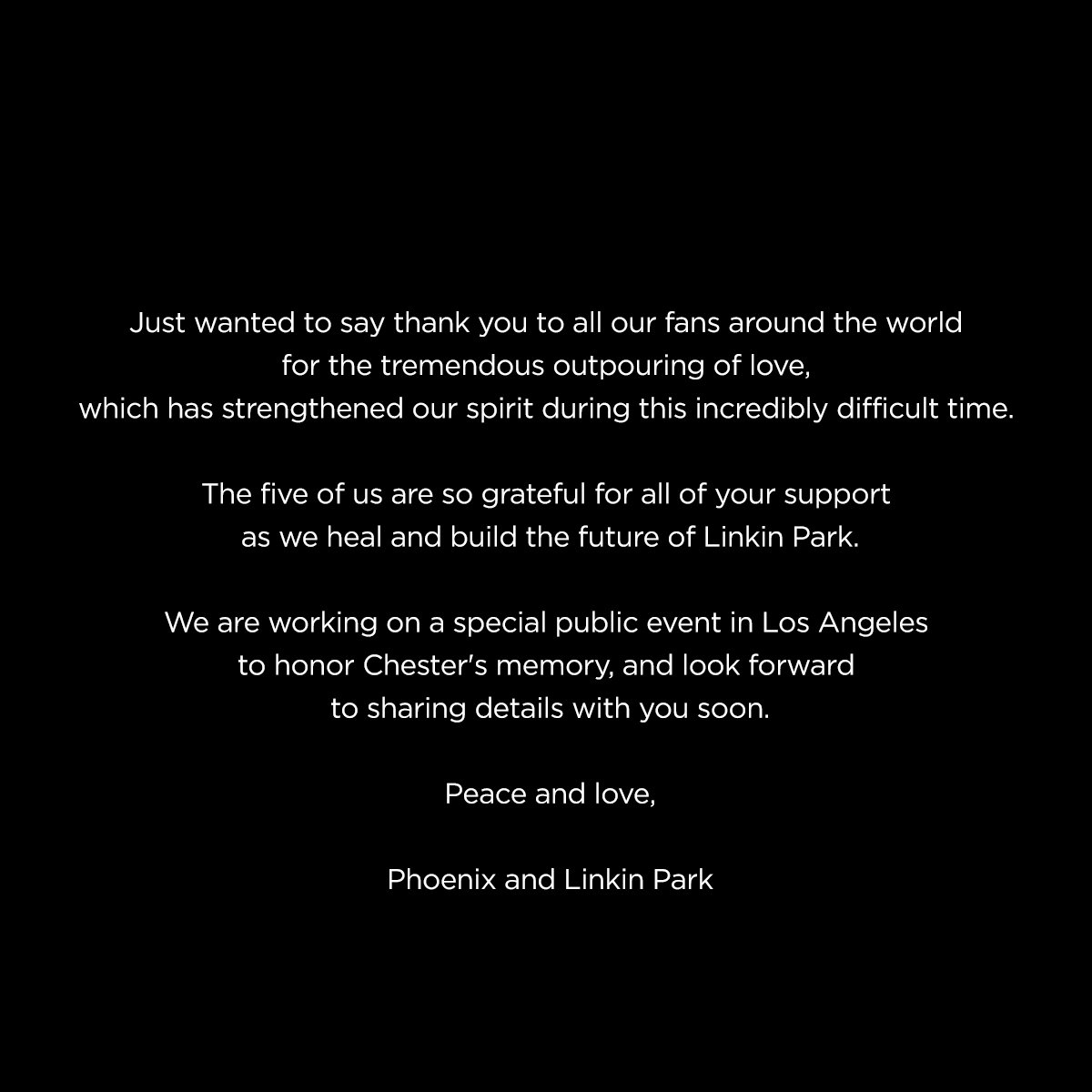 Bassist for the band, David “Phoenix” Farrell seems to have penned that note. It is not yet known if Linkin Park will continue as a band, and if so, who will fill the massive void left by Chester. However, this will be an opportunity for fans to come together once again at an official event, apart from the numerous fan-held ones taking place around the world.

Former Linkin Park collaborator, rapper Jay-Z also paid tribute to Chester during a concert a couple of days ago. Before belting out their hit mash-up track, Numb/Encore, he asked fans to “please make some noise so he can hear you all the way in heaven tonight”.

Chester Bennington took his own life on July 20, the birthday of friend and grunge daddy, Chris Cornell. His body was discovered hanging from his closet in his Palos Verdes home by his housekeeper. Chester was laid to rest at the Botanical Garden near his home at a funeral curated to a Linkin Park concert that included VIP passes and wristbands.