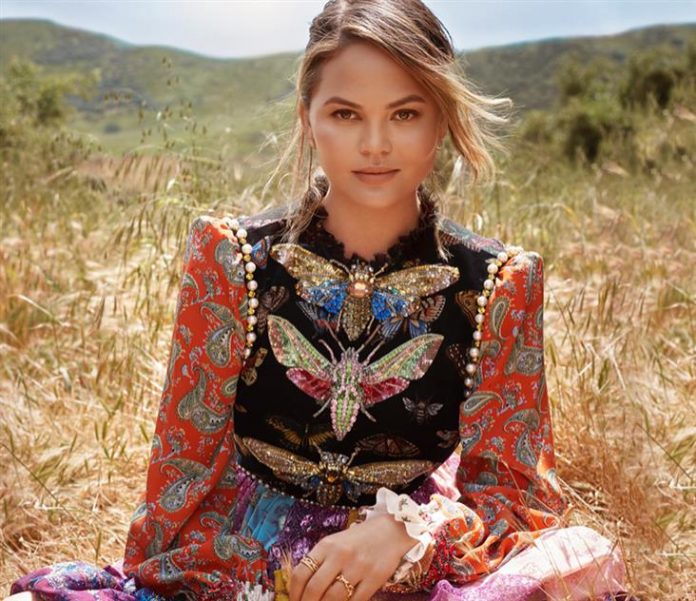 For someone who lives life in the spotlight and gets to attend some of the biggest Hollywood award shows, Chrissy Teigen is living the life. Or so one would think. Her picture-perfect Instagram photos always see her basking in luxury, with husband John Legend and their daughter, Luna at her side. But let’s not forget that Chrissy Teigen is, in fact, another human being.

In the upcoming issue of Cosmopolitan, the former Sports Illustrated model opened up about her issues with alcohol. While many of us can confess to taking to the bottle now and again for a good time, there’s a line that is crossed where it becomes a problem. And Chrissy admits she crossed that line.

In the interview with Cosmo, Chrissy Teigen is her usual open book self. “I was, point blank, just drinking too much.”

“I got used to being in hair and makeup and having a glass of wine. Then that glass of wine would carry over into me having one before the awards show. And then a bunch at the awards show. And then I felt bad for kind of making an ass of myself to people that I really respected. And that feeling, there’s just nothing like that. You feel horrible. It’s not a good look for me, for John, for anybody.”

Part of the reason why she got into bad habits is because it comes with the lifestyle. Everytime she went out, there was alcohol readily available and freely flowing. And Chrissy Teigen admits that she’s not the kind of person who can have “just one drink” and call it a night.

Now, the 31-year-old and John Legend have decided that they are going to have another baby. They’re going the IVF treatment route, like they did with Luna. And it’s going to be a tough road for both, so Chrissy feels she has to stay sober for the ride. “I used to think it was kind of nutty to have to go totally sober, but now I get it. I don’t want to be that person. I have to fix myself.”