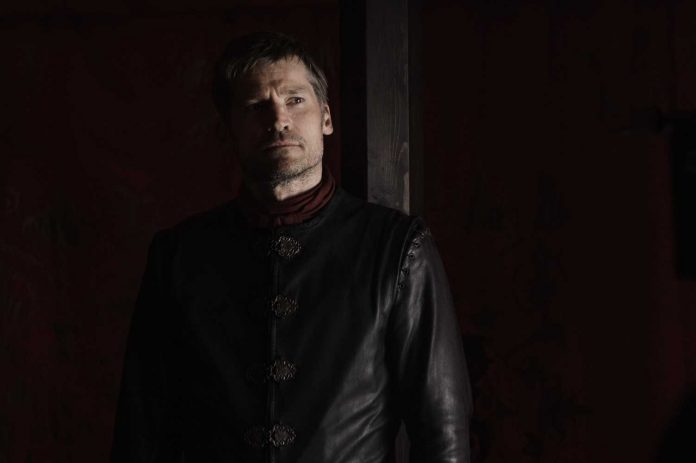 Last week’s episode on HBO’s Game of Thrones left a major cliffhanger. The closing scene shows Jaime Lannister sinking to the bottom of a river, heavily laden with his armor and gold hand. While we wait for the upcoming Eastwatch episode, fans are still wondering what the future for Jaime might hold. Well, Nikolaj Coster-Waldau, the man behind he character may have dropped a hint. Warning: it’s not good news.

In an interview with Entertainment Weekly, Nikolaj Coster-Waldau talked about that fiery war sequence on The Spoils of War. Daenerys Targaryen charged with Drogon to the field and burned hundreds of Lannister men to a crisp. As Bronn shot an arrow into the shoulder of the mighty dragon, the Mother of Dragons was caught up trying to save her scaly baby. That is when Jaime Lannister saw his chance and made it his suicidal mission to kill Dany once and for all. The things he does for love!

Anyway, Drogon turns his massive head in time and shoots out a massive whirl of fire in Jaime’s direction. Luckily, Bronn once again saves the day, when he pushes the Kingslayer into the water at the last moment. Our question is: Did Jaime survive? If he did, will he be captured by Daenerys Targaryen and taken to Dragonstone? What happens next? In the Game of Thrones, you either win or you die, no?

Well, Nikolaj Coster-Waldau seems to have dropped a major hint when he said that one of the script writers told him that “one of our main characters is about to die.”

He added, “Jaime is such an idiot that he thinks for a second, ‘If I can do this, I can win the whole thing in a Hail Mary. It’s not going to end well for Jaime, I can’t imagine.”