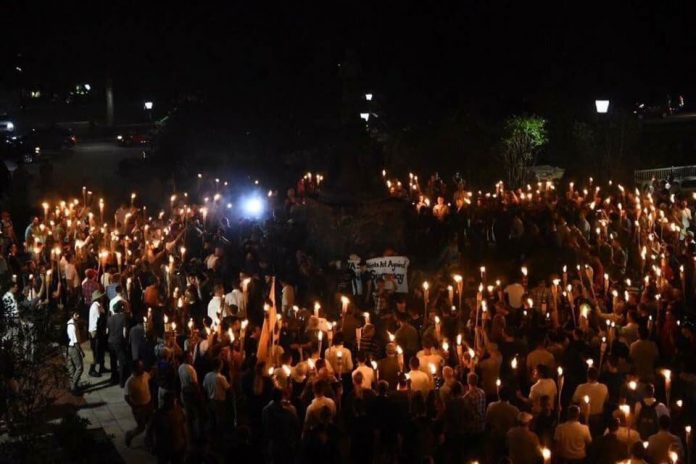 The political situation in the United States is going from bad to worse. Just this past week, international tensions grew high between US President Donald Trump and North Korean leader Kim Jong-un. With the world on the brink of a nuclear war, things are not looking up even at home. Breaking news emerges from Charlottesville, North Carolina, as White nationalists have taken to the streets. One of the protestors happens to be former Klu Klux Klan leader, David Duke.

David Duke has been a supporter of the President even during his campaign last year. When Trump won the elections, he had tweeted out to him: “We did it!”

David Duke today in #Charlottesville talking how how the hate rally “fulfills the promises of Donald Trump.” pic.twitter.com/nvldJpykvA

At the moment, police in Charlottesville have issued a temporary State of Emergency after the alt-right ralliers formed a circle around anti-rallyists. They were carrying torches and had garbed themselves in the garish garments of the White supremacist group, the Klu Klux Klan. Americans are calling on the President to openly denounce the rally which started due to a move to remove a statue of Confederate Gen. Robert E Lee. President Donald Trump is yet to make any statement in the matter.