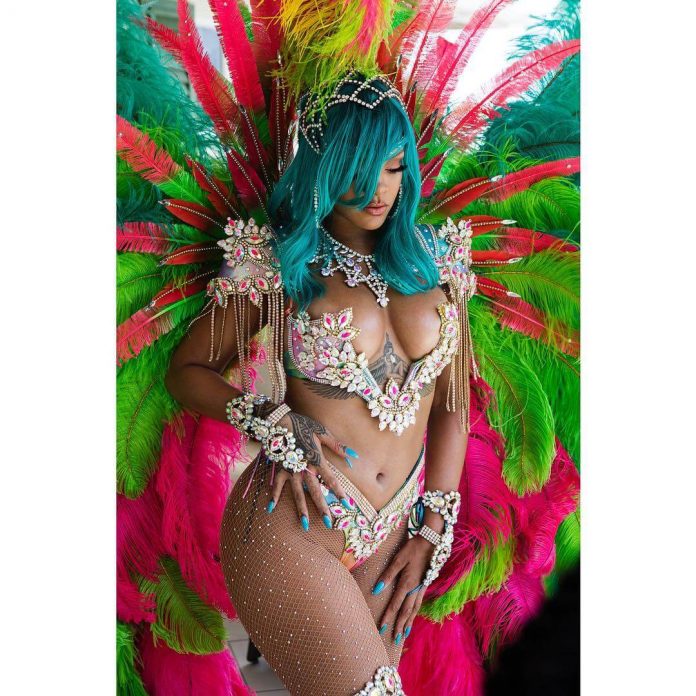 She truly is badgalriri. Rihanna is currently in her homeland, Barbados, taking in the sun and shaking it hard at the ongoing Barbados carnival. And it looks like she’s having tons of fun. The bombshell singer/actress/philanthropist posted a couple of images of her in full costume at the carnival on Instagram. She looks like a billion bucks, garbed in colorful giant feathers and bejewelled underwear. Yes, Rihanna is shining bright like a diamond.

So while the comments keep coming in, with people complimenting her, talking about her weight, saying they would go gay for her, etc. there was one comment that stood out the most – from none other than Chris Brown. Her abusive ex, rapper Chris Brown still seems to be thirsty for a taste of RiRi. He shamelessly commented with the pair of eyes emoji.

Seriously? Remember back in 2009 when he physically assaulted her after a party? The bruises she bore on her face is an image that will stay with us forever. His comment, however, got upwards of 4,000 likes within minutes. Some fans were not having it, however, with comments like, please keep your negative energy away from Rihanna. Another dragged in her other alleged ex, Drake, asking the Canadian rapper if he is cool with Chris Brown involving himself in Rihanna’s life, even if it’s just on social media. 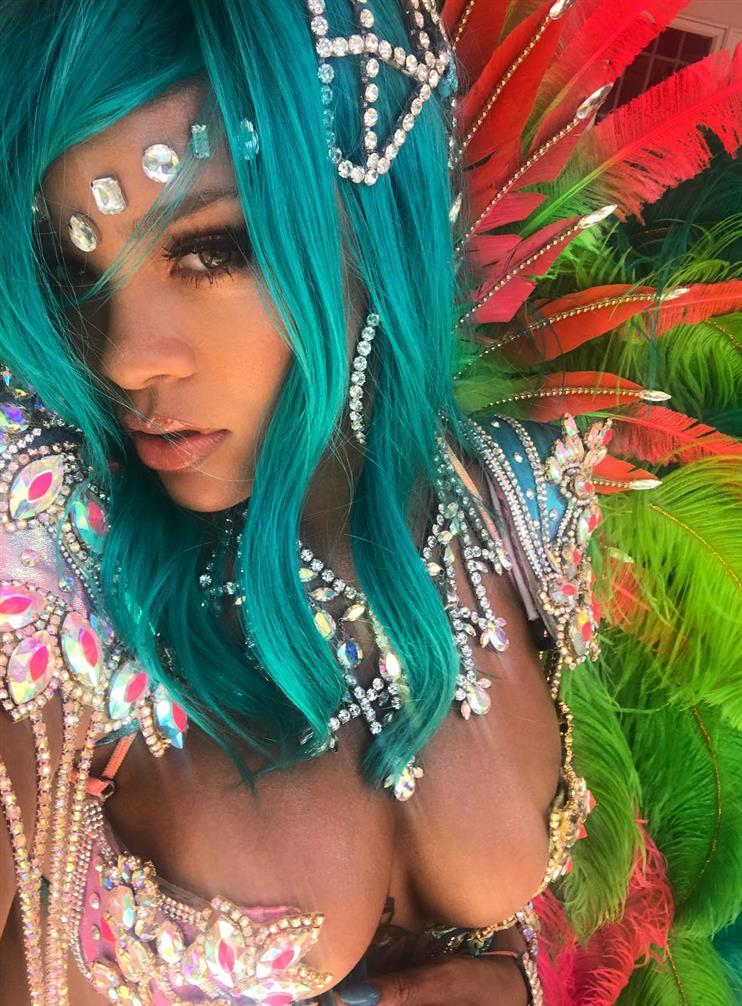 If you’re thinking/hoping/disgusted by Chris Brown and Rihanna getting back together, remember what RiRi herself said in a past interview. “You realize after a while that in that situation you’re the enemy. You want the best for them, but if you remind them of their failures, or if you remind them of bad moments in their life, or even if you say, ‘I’m willing to put up’ with something, they think less of you – because they know you don’t deserve what they’re going to give. And if you put up with it, maybe you are agreeing that you [deserve] this, and that’s when I finally had to say, ‘Uh-oh, I was stupid thinking I was built for this’. Sometimes you just have to walk away.”

“I don’t hate him. I will care about him until the day I die. We’re not friends, but it’s not like we’re enemies. We don’t have much of a relationship now.”