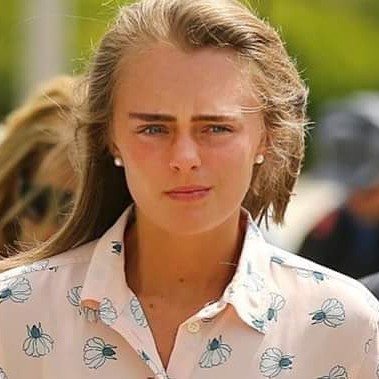 Suicide can be a really depressing thing. With a number of celebrities recently taking their own lives, and an average of one million people committing suicide every year (that’s one death every forty seconds), you can imagine how much support people actually need. But in one bizarre case, a woman has actually been accused of encouraging her boyfriend to kill himself, almost forcing him to do the deed.

Michelle Carter was convicted of involuntary manslaughter in the suicide of her boyfriend, Conrad Roy, back in 2014. Then just 17 years old, the Massachusetts native sent her beau a total of over one thousand text messages in which there is evidence that she kept forcing him to kill himself, until he finally went and did it. Conrad died by sitting in his car and inhaling carbon monoxide from the emissions.

Michelle has been sentenced to a total of two and a half years in prison, which has been commuted to 15 months. The judge in her case has suspended the rest of her sentence. However, the accused will not be serving her sentence until her potential appeal is resolved.

Even though Michelle Carter sent these damning text messages to Conrad, it is still being debated whether she needs to be held responsible for his actual death. After all, she was not physically with him during the act. However, a disturbing phone call recording shows that she was on the phone with him until he passed out from the fumes before taking his final breath.

Decide for yourself if Michelle Carter is guilty of Conrad’s suicide. Here are some of the text messages she sent to him in the days leading to his death:

In fact, while Conrad was in the car, he chickened out, thinking about what he would put his family through. Carter can be heard on the phone telling him: “Get back in”.