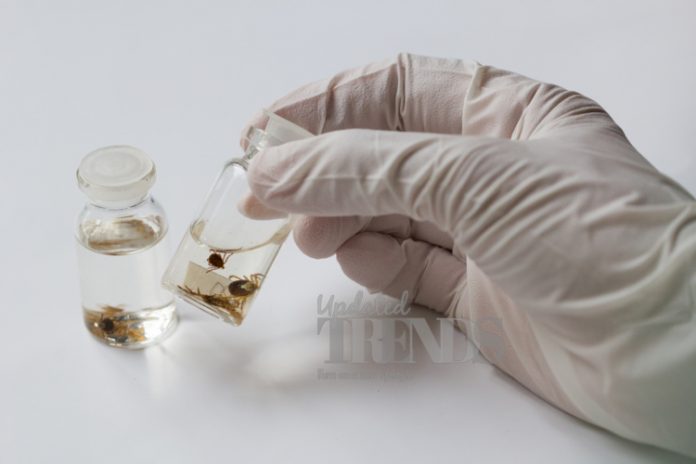 Uncommon and mostly unheard of, the Lyme disease can cause much ailment, pain and discomfort to its victims. An animal-borne disease caused by a bacterium called the Borrelia Burgdorferi, Borrelia Afzelli, Borrelia Garinii and a new variant called Borrelia Mayonii, Lyme disease is usually carried by mice, squirrels, birds and is transmitted to the human skin by infected black-legged ticks, popularly known as the deer tick in large parts of North America and Europe.

A medieval festival in Gloucestershire, South West England that took place last month reportedly witnessed two attendees being caught up with the infectious disease that is spreading its legs tick by tick in the United Kingdom. The National Health Service in the UK have warned the attendees of the festival and people living in the country against the widespread occurrence of the Lyme disease with about 3000 reported cases so far, while NGOs reportedly claim the number to be as high as more than 40,000 people.

Ontario, Midwestern US and Europe have recently seen a huge rise in the number of infected people. The insects likely to cause this disease mostly grow in moist areas and so, the month of July-August has seen a surge in the people suffering from the psychological and physical symptoms of the disease, to the reported score of 300000 people in USA and 65000 people per year in Europe. The bite of infected hard-bodied ticks of Ixodes genus causes the bacteria amounts to increase in the human blood. This disease, however, is non-communicable between humans and cannot be transmitted through food.

India is not too far either

Off Late, there have been some cases reported in Northern India as well, making it all the more difficult for the diagnosis and the subsequent treatment to take place. However, doctors recommend getting a blood test done if at all the symptoms have been spotted or if you have recently traveled to parts where the disease is more common, not withholding from an antibiotic treatment of at least three weeks. The recovery reportedly takes about six months however the symptoms might recur after some time. A specialist who has the knowledge and expertise in treating tropical diseases could come to your aid in India, if you have contracted the disease.

The primary and the most effective treatment, however, lies in the patient’s hands as any sudden pain, burning sensation along with rashes should be considered for immediate medical consultation. Earlier diagnosis and treatment is always the better solution, especially for deadly diseases such as Lyme.