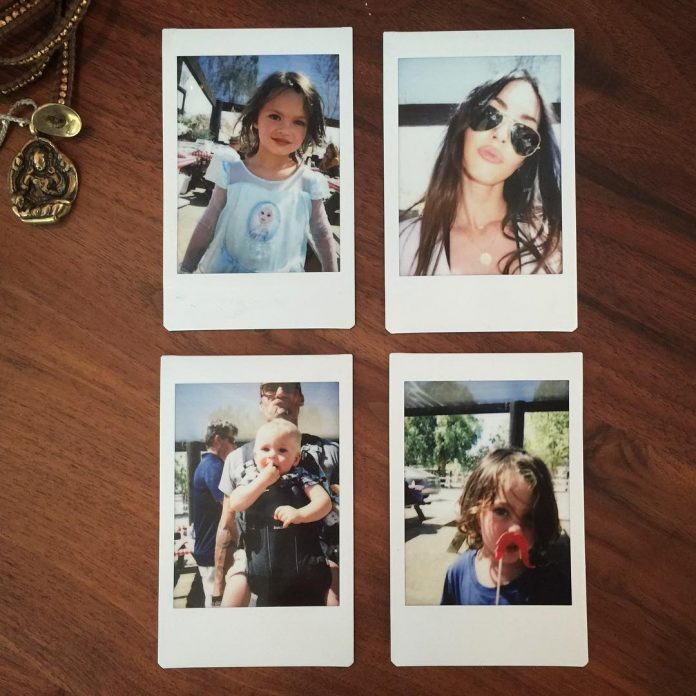 Remember Megan Fox? From starring in the first couple of Transformers movies to the Eminem-Rihanna collab video for Love The Way You Lie, she was was the hottest actress in Hollywood. But motherhood seems to have changed all that. These days, she mostly keeps out of the spotlight and acts in very few movies, the most recent and significant one being Teenage Mutant Ninja Turtles: Out Of The Shadows. It’s like she’s enjoying married life and being a mother to her three infant sons.

Though the paparazzi do catch glimpses of her and husband Brian Austin Green on the off chance they are out in public. Otherwise, there’s always social media to keep up with the fabulous life of Megan Fox. Recently, the stunner shared a number of photos of her three babies – Noah Shannon Green (4), Bodhi Ransom Green (3) and Journey River Green (1). And the pictures have us swooning.

Megan Fox is the only woman in her family currently. With her husband and four boys, does she feel like the odd one out? Back in 2014, in an interview with The Daily Mail, she had said, “I love our family – I have a little football team that’s going to take care of me. I like being around boys and being the center of attention in my family because I’m the matriarch, the queen bee. My husband is the sensitive type, he’s not macho. And I’m going to raise our boys like that: sensitive, sweet, chivalrous types.”

Last year, there were reports that Megan Fox and Brian Austin Green had separated, but were still trying to get their marriage to work. They were rarely seen in public together, and attended red carpet events alone. Then they got pregnant and decided to reconcile for the sake of their children, with Journey River being born on August 4.