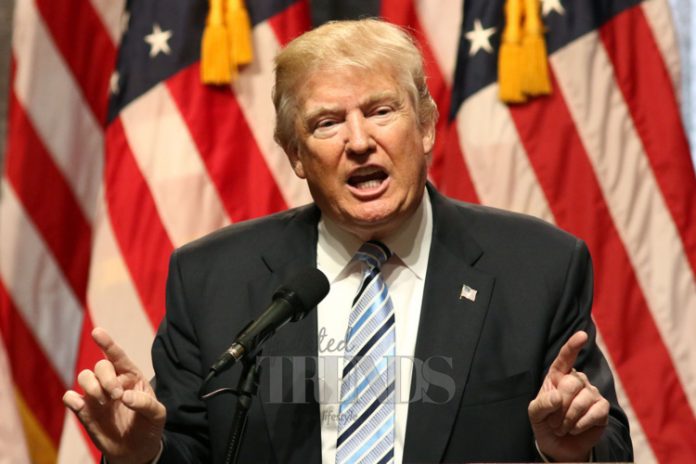 Remember this time, last year during the US Presidential campaign? There was still time for hope for the people of the country, with President Obama still in office. It was a tough choice between Democrat candidate Hillary Clinton and Republican candidate Donald Trump. Many thought that Hillary, who has served for decades in public office, would win the election. And then Donald Trump managed to secure the needed number of votes for himself.

The political environment of the United States would never be the same.

Though a video released by the White House creates a smoky mirror of President Trump’s reign, the truth is different.

It seems that one of President Trump’s least priorities is environmental issues. In June, he pulled out of the famed Paris Climate Agreement. He claimed that it would hurt the American economy, but many believed it was because he wanted the satisfaction of disappointing his European contemporaries. He also approved the Dakota Access Pipeline construction and the Keystone XL oil pipeline from Canada.

During his campaign, conservative Trump was adamant that he would ban all Muslims from entering the United States once he became Head of State. Now that he is, he reduced that statement to a partial travel ban where only select Muslims and all refugees could not enter the Land of the Free. Those countries that have, in the recent past, have been the source of terrorism towards the US, had travellers and refugees banned for 120 days.

Building of a Partial Border Wall

Probably one of Trump’s most popular campaign declarations was that he was going to build a wall at the US-Mexican border and have the Mexicans pay for it. Cut short to today, and the United States is headed to pay for the wall. Estimates say that the actual wall would cost somewhere upwards of $21.6 billion. The House Appropriations Committee has allowed spending of only $1.6 billion for 74 miles of fencing. The Department of Homeland Security has asked contractors to start building prototype walls and preliminary construction has just begun.

The Obama administration had made orders back in 2014 to have only those immigrants who belonged to gangs, those convicted of felonies and those suspected of terrorist or espionage activities to be deported from the United States. With Trump in office, that rule has extended to anyone who has “committed acts that constitute a chargeable criminal offence” and that includes those who entered the country illegally. The Immigration and Customs Enforcement agents have arrested over 13,000 illegal immigrants, mostly those considered “soft targets” who have previously been convicted of minor criminal offences.

Banning Transgenders from the US Military

A recent ruling led by Donald Trump states that those who identify as transgender, cannot serve in the US military. This helps prevent the US from funding surgery and cover other medical procedures that would be needed during the transition process. Trump also said that he doesn’t want any officer serving in the military to be distracted due to being transgender.

Do you think the worst, or the best, is yet to come? Comment below!