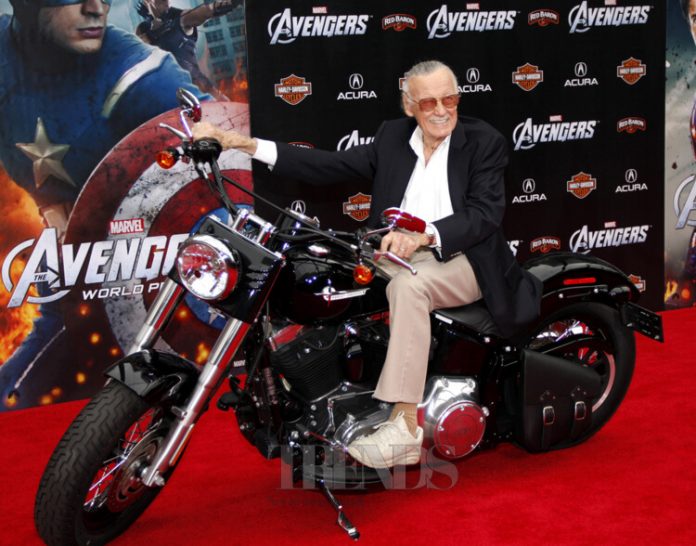 Marvel comics maverick, Stan Lee, said goodbye to his wife Joan Lee this past weekend after she passed away at age 93. Earlier last week, Joan had suffered a stroke and was rushed to a Los Angles hospital. She was surrounded by loved ones and friends at the time of her passing. A spokesperson for the Lee family issued a public statement to the media stating, “I can confirm the sad news that Joan Lee passed away this morning quietly and surrounded by her family. The family ask that you please give them time to grieve and respect their privacy during this difficult time.”

The love story of Stan Lee and Joan Lee is one made from fairytales. Back in the 1940s, he was supposed to take one of her close friends out on a blind date. Instead, he met Joan and they fell in love. They got married on December 5, 1947 and have been together for a good and happy 69 years! Together, they had two children – Joan Celia and Jan, who unfortunately died shortly after she was born.

When Joan met Stan, she was already a married woman. She was married to an American soldier, and felt trapped in an unhappy marriage. However, that fateful day when she met her future husband, she was quick to divorce her man and eloped with Stan Lee in a room next door.

After they were married, they moved to New York, where the talented Stan Lee began working for Timely/Atlas Comics, that is now famously known as Marvel Comics. He has said in the past that it is Joan who is the inspiration behind what he draws, especially his female heroines. Joan herself is an author of the book The Pleasure Palace about a man who wants to create the most luxurious cruise liner, all while he plays along with three different women.