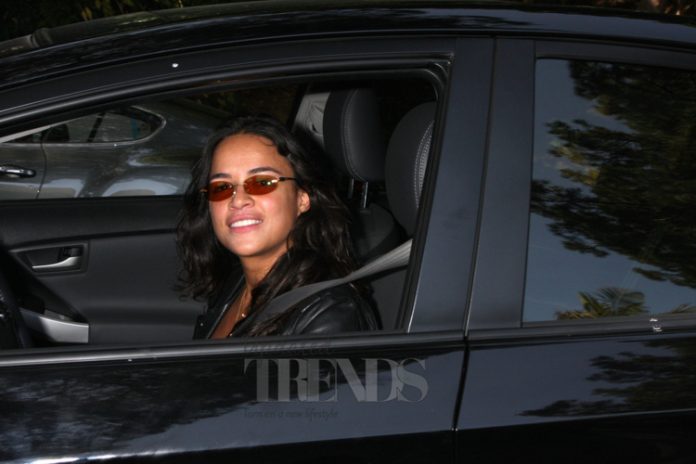 The eight film in the hit high octane franchise, The Fate of the Furious was just released on Digital HD, but it seems that one of its stars is giving them an ultimatum. Michelle Rodriguez, who plays Letty Ortiz, the wife of Dom Toretto (Vin Diesel) has sent out a public message, threatening to leave the franchise if women aren’t given more meatier roles in future films. In a post on Instagram she very clearly stated: “F8 is out digitally today, I hope they decide to show some love to the women of the franchise on the next one. Or, I may just have to say goodbye to a loved franchise. It’s been a good ride and I’m grateful for the opportunity the fans and studio have provided over the years… One love.”

Michelle Rodriguez has been a part of the Fast & Furious franchise for six films now. There are other female cast members that were added along the way, including Elsa Pataki, Gal Gadot, Nathalie Emmanuel, Jordana Brewster and Charlize Theron, among others. After the tragic death of co-star Paul Walker, only Rodriguez and Diesel remain as the original cast members.

In an earlier interview with Entertainment Weekly, Michelle Rodriguez had spoken about her growing impatience with the roles women received in Fast & Furious. Even though they each play a vital role in the films, they are usually given secondary parts and fewer lines than their male counterparts. She had said at the time, “I’ve been making movies with Jordana [Brewster], who plays the sister of Dom Toretto, for 16 years and I can count on one hand how many lines I’ve had to her. I think it’s pathetic and it’s lack of creativity.”

She continued, “It does weigh heavy on my head – especially in the male-dominated environment that I work in. At the end of the day, the only leverage I have as an individual is my participation. That’s the only leverage I ever use with anything. It’s like, look, this doesn’t agree with my ethics, morals. My heart doesn’t feel right doing this in front of millions of people, so I can always oblige myself and depart because money, to me, isn’t as important as my lines that you’re not allowed to cross.”