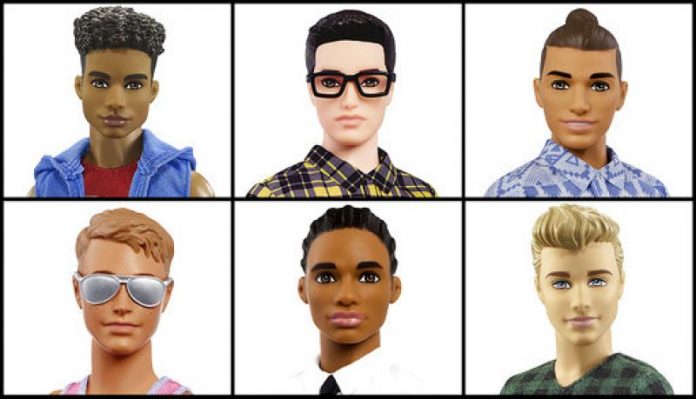 The long awaited new Barbie’s Ken is now in store. Mattel, the toymaker of the ever transforming Barbie doll introduced the doll’s boyfriend, Ken, with a variety of taste and appearance fit for the modern toy world. The modification on Ken dolls intends to create a more personalized male role on Barbie among girls according to the general manager of Barbie, Lisa McKnight.

The next generation Ken doll comes about 18 months after Mattel introduced the blue-eyed Barbie’s latest most attractive petite, tall and curvy versions. Barbie has hit a global growth of seven double-digit since coming into the market in 1959. However, Mattel has been a subject of critics to receive a bad reputation as a result of sexualized appearances and unrealistic proportions on the Barbie doll.

However, according to the toymaker’s financial performance, Mattel experienced a 13 percent fell of its brand sales from 141 million dollars in 2016 to 123 million dollars in the first quarter of 2017. The need to introduce Barbie’s Ken in a modernized fashion to catch up with the ever-changing styles has a purpose in harvesting more profits to the troubled company.

Barbie by Mattel remains the most popular doll across America as it has been on store shelves for the last six decades! Reports by the Wall Street Journal indicates that there is only one Ken doll per seven girls who own a Barbie at home.

The 40 Barbie dolls of the Mattel Fashionista line consists of 28 hairstyles and 11 skin tones on the seven body style of the female doll. It is more fun that the advanced Ken is finally here to provide Barbie a well deserved catch-up!