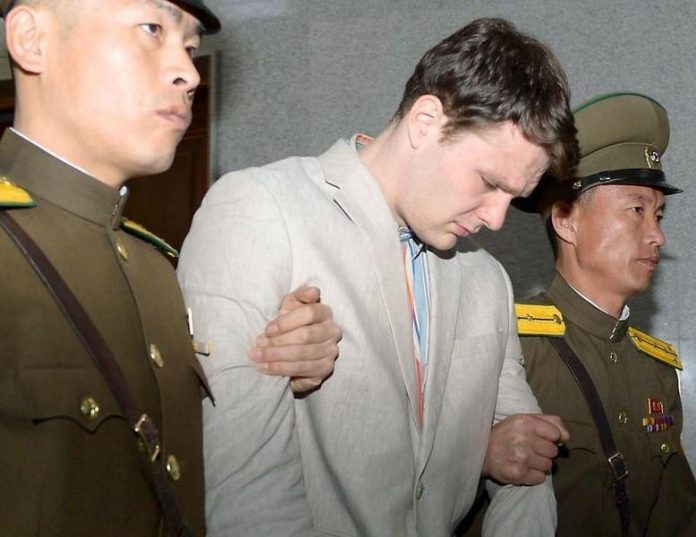 As a student born and brought up in the United States, land of the free, Otto Warmbier would find his tryst with the far East to leave more than just a bitter taste in his mouth. The 22-year-old university student is now fighting for his life after spending time imprisoned in North Korea. Thanks to high level diplomatic meetings between US officials and those from the dictatorship state, he has now returned home – in a coma.

Otto Warmbier was a student at the University of Virginia and brought up in Cincinnati. The adventurous youth traveled to China with Young Pioneers Tour and also went to North Korea as part of the tour. However, he was caught on camera stealing a propaganda poster at the Yanggakdo International Hotel where he was staying. The poster featured North Korea’s notorious dictator ruler, Kim Jong-il with the slogan “Let’s arm ourselves strongly with Kim Jong-il’s patriotism”. According to North Korean law, it is a crime to steal any artefact with the dictator’s image on it. At the airport, he was arrested and immediately detained by authorities. At his trial, which was telecast, a weeping Warmbier was sentenced to 15 years’ hard labour at one of North Korea’s prisons.

The timing of his arrest and sentencing was during the United States’ sanction against North Korea for his nuclear armament. While his father stated that this was a political move by the country, North Korea maintained that he committed hostile acts against their country. A number of secret diplomatic meetings was held to secure his release, after he was sentenced in early 2016.

Finally, he was released, but not in the condition that his parents and the United States had hoped. The North Korean authorities stated that he had been affected by botulism and slipped into a coma after consuming sleeping pills. According to his parents, “Sadly, he is in a coma and we have been told he has been in that condition since March of 2016. We learned of this only one week ago. We want the world to know how we and our son have been brutalized and terrorized by the pariah regime of North Korea.”

The comatose student was welcomed back to the United States by a number of supporters waiting at the airport praying for him and his recovery. He is currently under medical care in the United States.