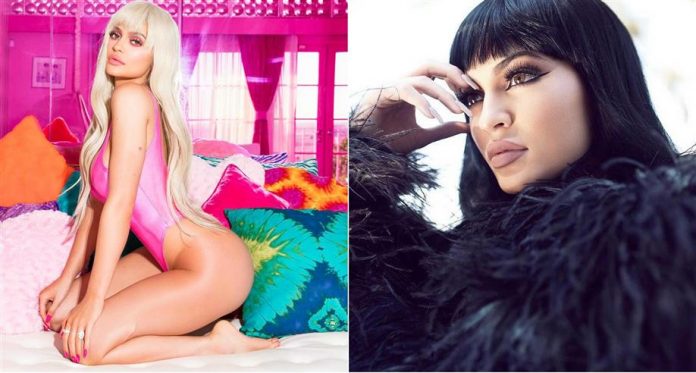 She is the youngest member of the Kardashian-Jenner clan, but she’s still raking in plenty of bucks. Kylie Jenner is proving to be her own brand, and she’s still just 19 years old! The reality star has become the youngest celeb on the Forbes Celebrity 100 List 2017. That’s a feat that really no star of this generation can call their own. Say what you might about just how she rakes in the bucks, or what level of morals she follows, but business is business, and Kylie is winning at it.

There are three main reasons why Kylie Jenner made it to the list in the first place. The family’s long running reality show, Keeping Up With The Kardashians is one source of income for the star. The other are her endorsements for which she charges premium prices. Her social media following has made her one of the most lucrative celebs when it comes to endorsing products and brands. And of course, she has her own namesake cosmetics line, Kylie Cosmetics. So there.

As per Forbes, she has made $41 million in the last year, earning her the 59th spot in the list. Her step-sister and fellow reality star Kim Kardashian West made $45.5 million, which landed her at the 47th place.

But the best part is that a female made it to the very top of the list. She is an entertainer, performer, singer, actress, mother, wife – she is none other than Beyoncé! Yes, despite being pregnant with twins and taking a year off after the roaring success of Lemonade, Bey managed to rake in $105 million in the last year. Someone’s been making serious bank!

As for Kylie Jenner, she has a lot more in store for her. After breaking up with Tyga, she’s a free, independent woman. She will also be starring in her own spin-off reality show that will see her front and centre, and not just a part of her famously scandalous family. Stay tuned for more Kylie!