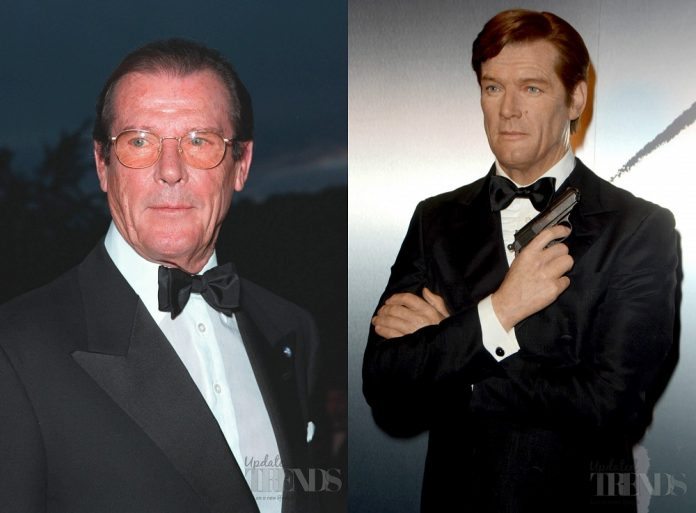 Roger Moore, who essayed the role of the literary character James Bond in the long running fictional series of the same name, has peacefully died on May 23, 2017. Last seen in A Princess for Christmas, Moore died of an unspecified cancer, as told by his family.

Roger entered the entertainment industry in 1950 as a model in print advertising for knit wear and was famously know as ‘The Big Knit’. Later he made his first TV appearance with a minor role in The Governess. Soon after he started starring in a lot of other television series and was then considered for the role of James Bond. After taking over the role of the movie’s lead from Sean Connery, Moore starred in the movie for 7 long years. Isn’t it hard to imagine him in a role other than being Bond? He entertained his viewers thoroughly and according to the people who have worked with him he was truly a grounded man.

1973: BAMBI (shared with Tony Curtis for “The Persuaders”, from the German magazine

1973: BEST ACTOR IN TV, award from the French magazine TELE-7-JOURS, shared with Tony Curtis for “The Persuaders”

1967: OTTO (Most popular TV-star for “The Saint”; from German magazine BRAVO)

Apart from acting Roger was also the Goodwill Ambassador for UNICEF. Here is the list of awards he won for his charitable work –

2003 – German Federal Cross of Merit (Bundesverdienstkreuz) for his UNICEF work

2003 – Knight Commander of the Order of the British Empire

1999 – Commander of the Order of the British Empire