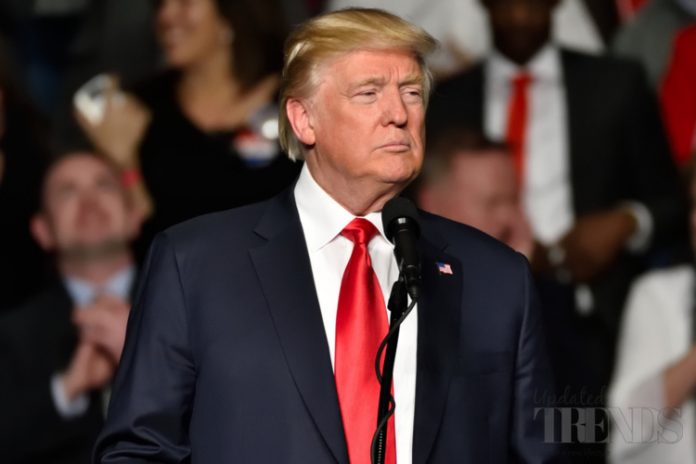 After over 100 days in the Oval Office making headlines almost everyday for all the wrong reasons, US President Donald Trump has taken his politics all the way over to the Middle East. Flying in the Air Force One aircraft along with the First Lady of the United States Melania Trump, the President first made his landing in the troubled region, meeting with Middle Eastern officials. Wife Melania Trump donned her usual formal attire, minus any head gear, as she accompanied her husband for his official visit as the most powerful man on earth.

Donald Trump has also just stopped by at Israel, making history as the first American President to visit the Western Wall and insert a prayer note into the cracks. The President met with Israeli Prime Minister Benjamin Netanyahu, bringing hope to the troubled region that has seen constant conflict for decades now between the Israeli nation and Palestine. After landing on the tarmac at Ben Gurion airport in Tel Aviv, President Donald Trump spoke of “new reasons for hope” within the Middle East.

President Trump said, “We have before us a rare opportunity to bring security and stability and peace to this region and to its people. But we can only get there working together, there is no other way.”

Israel’s Prime Minister Benjamin Netanyahu was optimistic about the arrival of the US President. He said in his welcome speech, “Israel also shares the commitment to peace that you expressed yesterday. We’ve already made peace with Egypt and Jordan and Israel’s hand is extended in peace to all our neighbours, including the Palestinians.”

It must be noted that those traveling to the Middle East may not show any sign of having visited Israel, or their entry will be denied to any of the nations. However, only Jordan and Egypt remain open to sharing tourists with Israel at the moment. Those with Middle Eastern connections can still gain entry into Israel, but with plenty of suspicion. Prime Minister Netanyahu was very direct when he said, “I hope one day an Israeli Prime Minister can fly from Tel Aviv to Riyadh.”