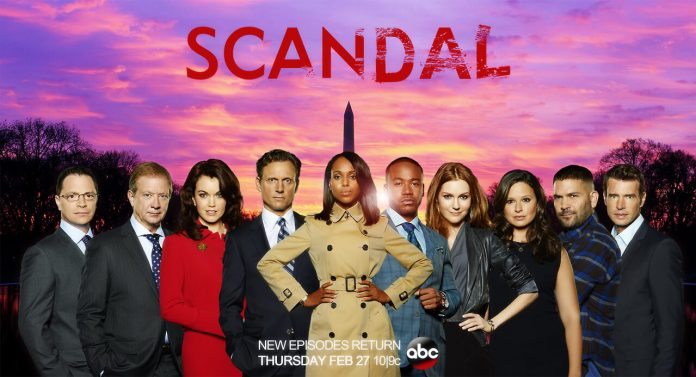 Reports suggest that top political drama Scandal will soon come to an end!

ABC’s Scandal (The political drama we all have come to love) can see the light at the end of the tunnel it seems, as reports suggests that the hit political drama is set to end after the seventh season. Scandal is one of ABC’s most-watched and highly rated series.

According to a report from TV Line, multiple sources suggested that the show’s forthcoming season 7 will be the last time we get to watch Shonda Rhimes’s political drama. A similar report from Entertainment Weekly indicated that the news will be made official on Tuesday as a part of an ABC’s upfronts presentation in New York.

TV Line reports that the decision to end Scandal came directly from Rhimes, with ABC agreeing to her decision. “So I know what the end of Scandal will be, and I feel really good about that,” she had said earlier. And I can see where the end point is. And I don’t think I’m going to change that. … I know how long I think it will be. But we’ll see.”

Shonda Rhimes’s decision to cut the cord off the show aligns with what she has hinted in the past, “I think there’s only so much Scandal you can tell satisfactorily. The Fitz-Liv thing can only be told so long and in such a way. … I’ve already decided how long that is and what that’s going to be,” she had said.

However, ABC and Shondaland have declined to comment on the rumors at present.

The show is one of ABC’s most watched and highly acclaimed TV Series. The Cast of the series includes Kerry Washington (Olivia Pope), Katie Lowes, Jeff Perry, Bellamy Young and Tony Goldwyn.

The show is currently in its sixth season, with an average viewership of 7.9 million views per episode, which is down compared to past 5 seasons and the series-high of 12 million viewers for the Season 4 premiere. Scandal which has 3 more episodes left in Season 6 has been renewed for the seventh Season. Scandal’s Season 6 finale airs on Thursday, May 18, 2017.