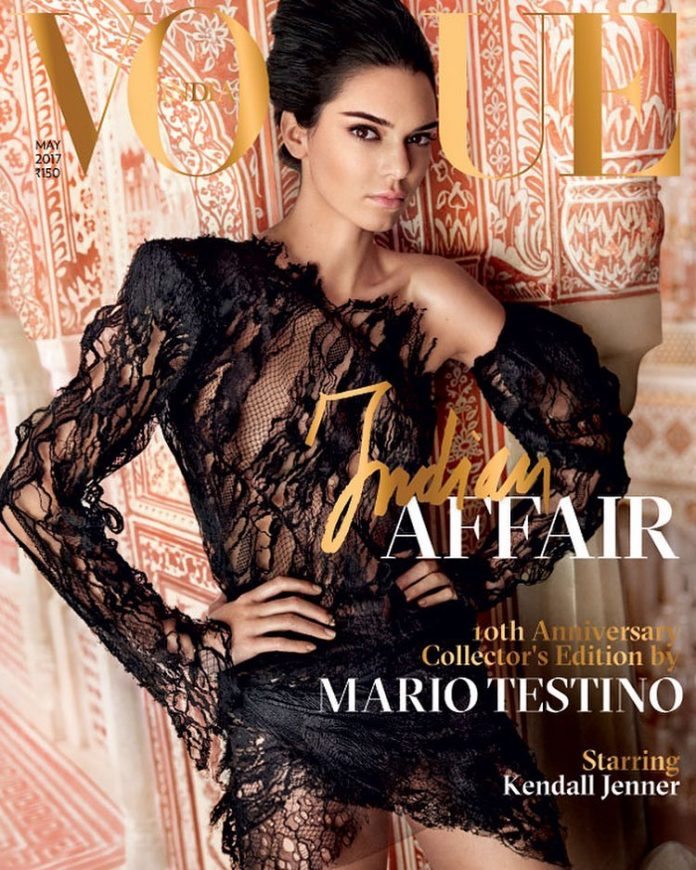 If it’s hard to keep up with the Kardashians, it’s even tougher being a Jenner. Supermodel and international face, Kendall Jenner has found herself in trouble once again. The reality star has been on the wrong side of the tabloids with each career move she makes. The most recent is the backlash she is facing for landing the cover of Vogue India.

Indians are really angry that someone who has no connection to the country is on the cover of the international fashion magazine. They argue that Indian celebrities and faces should get more coverage on Vogue. The cover shot has been done by famed fashion photographer, Mario Testino. Within the pages, Kendall Jenner is seen posing in sultry shots with Bollywood actor Sushant Singh Rajput.

A comment left on the Facebook page of Vogue India by a subscriber was scathing. “Why not an Indian model there are so many??? This doesn’t create the sense that India has its own beauty and character. A number of users questioned why Indian stars like Priyanka Chopra and Deepika Padukone didn’t land the cover, when they very well deserve to be there. Also, someone took notice that Kendall Jenner did not promote her Vogue India cover on her Instagram page, which usually is filled with her in different poses for various magazines.

Just last month, the star was publicly shamed for her insensitive Pepsi ad. Instead of sending out a social message, she ended up acting like a clueless observer to the real political instability in the United States. The ad was in bad taste, to put it lightly, and people were not having it. Within a few hours of its release, the ad was pulled down by Pepsi. Heineken came up with a killer beer ad that actually did some good in the way of not being tone deaf.

And before that, she had appeared for Vogue Italia in a ballerina get-up, which didn’t go down well with professional artistes of this particular dance form.