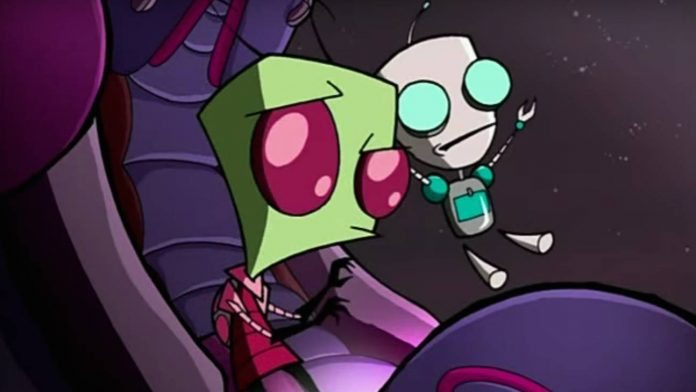 Nickelodeon is reviving one of it’s most funny and short lived series by producing a television film based on the series. Invader Zim follows the tales of Zim and Gir, an alien invader and his robot are sidekick sent to invade Earth by the leaders of their planet.

The teaser has Zim announcing his plans to invade earth again, and a hysterical Gir laughing. The teaser is sending waves of nostalgia among everyone who loved the series for its satirical take on society then, all of them are probably in their 20’s or 30’s. The movie will have it’s original cast reprising their roles.

“As a network that prides itself on a 25-year history of creating groundbreaking, hilarious animation for kids, Invader Zim is one of our great loves. It’s been so exciting to see its popularity grow over the last decade through social media, consumer products, and the Zim comic books,” said Chris Viscardi, SVP of Animation Content Development and Production at Nickelodeon.

Invader Zim is the third Series Nickelodeon is bringing back along with Hey Arnold! and Rocko’s Modern Lifespecial, both of which are in production. It’s been a decade since Invader Zim was first aired on Nickelodeon and we can’t wait for the television movie’s release.

“WHAT MAKES THIS ANNOUNCEMENT EXTRA THRILLING IS THE ADVENTURE THAT JHONEN HAS CREATED FOR ZIM, AND I CAN PROMISE YOU THAT IT IS AS WONDERFULLY ABSURD AND STRANGELY HEARTFELT AS ANY FAN OF THE ORIGINAL SERIES COULD HOPE FOR, AND KIDS SEEING IT FOR THE FIRST TIME WILL LOVE IT TOO.”