“Here’s to the crazy ones!” – Steve Jobs

If there is one man who gave fantastic speeches, it had to be Apple founder, Steve Jobs. The man knew how to captivate the heart. Whether he was launching a revolutionary product for his company or he was lecturing a classroom of students at a university, his words have continued to live on and are as legendary as the man himself.

So, it’s obvious that when a man like Jobs says something, you listen. During his lifetime, he was quite the complex man. Many of his colleagues, competitors and nemeses can use a thousand adjectives to describe him, but there is one common word they all use – genius. If you believe in the genius of Steve Jobs, then attempt to ask yourself this one question. It could revolutionize your career, it could transform your life.

Actually, he didn’t really ask this question. He made a statement. It was during his last major public appearance before he succumbed to pancreatic cancer. A man who was that ill should have been thinking about death, but Jobs was basking in the glory of life. And the exact sentence that he used was: “…it’s technology married with liberal arts, married with the humanities, that yields us the result that make our hearts sing.”

So, blurring out the other words, take the last phrase into consideration, and ask yourself this:

What makes my heart sing?

There are numerous books, podcasts, seminars, theories and what-have-you, that talk about success. But what is success, really? What’s its measurement? What’s the length, breadth and width of success? Truly, success means fulfilling your life’s purpose. And what is your life’s purpose? To indulge in something that makes your heart sing.

So many people are involved in lives that they live for the sake of it. Is there any reason why you even wake up at the time that you do? Why do you go to that job? Why are you friends with these particular people? Why do you even drive that particular car? Why? Why? Why? See if you can honestly answer every aspect of life’s question with a clear answer.

There is one truth, though. The most ‘successful’ people, meaning the most happiest, fulfilled people on the planet are those that get up everyday and fill their lives with activities that make their life a symphony – a life that makes their heart sing.

If you want to live as large and as inspiring a life as Steve Jobs did, then ask yourself this one question, and then pursue it with everything you’ve got. As the man himself said, “Because people who are crazy enough to think they can change the world, are the ones who do”. 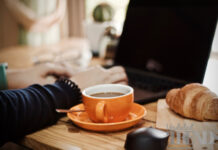