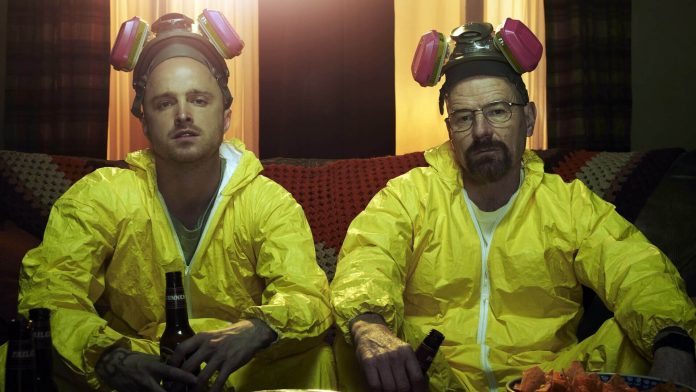 How many of you are Breaking Bad fans? Raise your hand. And how many of you felt something empty inside once the series was over, the apparent end to the tale of Walter White and the ice-blue legacy he left behind? Bow your heads in utmost respect.

Though we would like to re-live those fantastic moments that Mr. White shared with Jesse Pinkman, his life as a lung cancer patient, his tumultuous relationship with estranged wife, Skylar, his dodging of brother-in-law Hank and kleptomaniac wife, his handicapped son and of course, his run-ins with the other side of the law – all of it is what made this Vince Gilligan classic a must-see.

Though a number of rumors have been surfacing about spin-offs (thanks to the success of Better Call Saul) and remakes to the original, none of these have come to fruition just yet. But now two fans have taken all the five seasons, selected the best parts in the tale, and converted it into a two-hour movie for posterity!

Available on Vimeo, the complete movie took an entire two years to complete. The creators have painstakingly watched the entire series and have said that it is “a study project that became an all-consuming passion. It’s not a fan-film, hitting the highlights of show in a home-made homage, but rather a re-imagining of the underlying concept itself, lending itself to full feature-length treatment. And alternative Breaking Bad, to be viewed with fresh eyes.”

Thos who are true fans of Breaking Bad will find it quite an arduous task to watch it, and it may even spoil the fun. Each episode has its own special meaning, and was the perfect bead to an entire beautiful rosary of a tale not easily forgotten. But those who want to quickly browse through the story, or try a recap to the entire story, this one may just work out for you.