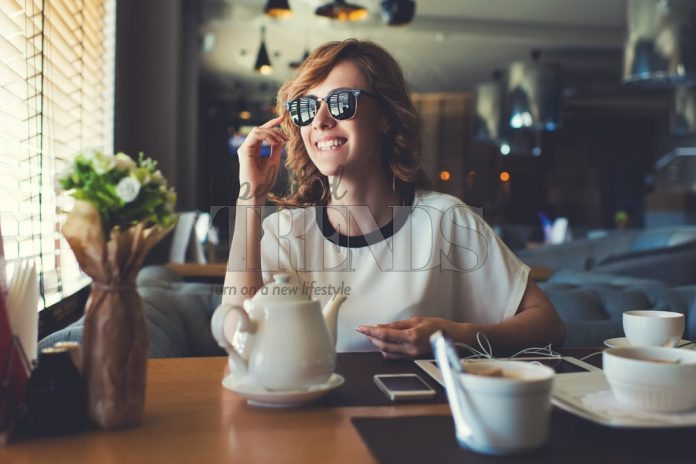 We are constantly meeting people – whether for official purposes or personal reasons, there’s always a new face to get acquainted with. And what is most important about these meetings is that the person or people we are interacting with, actually like us. No one wants to be purposely be hated by someone else, right? But sometimes, even though we may have great intentions, the opposite person might get a negative vibe from you, not because of what you’re saying, but because of your body language. As they say, actions speak louder than words, so make sure your actions are screaming out “friendly” and “approachable”.

When you come across somebody who slouches and doesn’t sit upright and speak to you, it looks extremely disrespectful, as if that person is bored by just talking to you. In the same fashion, always sit straight and you will end up appearing more confident and interested in the other person.

Do not raise your chin

Have you noticed how animals fight? When one encounters the other for the first time, each will try and look taller than the other, which in animal language means that the one who is bigger is more superior. You don’t want the same thing to happen when you make a new acquaintance. By raising your chin, you appear to be arrogant and the other person will automatically not appreciate your presence.

Shifty eyed people come across as dishonest and as if they are hiding something, according to body language experts. When you look someone straight in the eye, it means that you are being honest with what you’re trying to communicate and also that you are interested in them on a personal level. Also, eyes are the windows to the soul and the other person can look straight into what you truly feel.

The Internet is having a great laugh at President Donald Trump who doesn’t seem to know how to shake hands with contemporaries. In fact, the Japanese Prime Minister had a visible sour face after exchanging pleasantries with the President. A firm handshake is really important for good business.

The very first thing that the other person notices about you is your smile. Not the fake kind, but a genuine, full-on teeth showing grin that reflects in your eyes. When you smile, you acknowledge first that you enjoy the company of the other person, and that person will automatically reciprocate the same.

Many of us have the habit of nervously moving our hands, cracking our knuckles and indulging in personal idiosyncrasies when we meet someone for the first time. Call that an introvert thing, but it’s very distracting to the person you are communicating with, and will leave them feeling nervous, too.

Whether it’s natural instinct or not, but when you hide your hands, it appears like you are being dishonest and hiding something altogether. At the same time, do not cross your arms over your chest, because as per body language, that appears like you are defending yourself. Ideal placement of hands would be to your sides if you are standing, and on your lap if seated.

With our phones taking over our lives, it appears like we can’t live if don’t keep checking for email or social media updates once in a while. But to the other person, it looks like you are trying to get away from the conversation, or that you find an email more interesting that what is currently being spoken. It is disrespectful and rude and shouldn’t be done at all.

If you’re the kind who gets too involved in a conversation, you need to stop. Pronto. Some people have the annoying habit of getting too “in your face” while talking, and getting too close that the other person has to keep moving backwards by the inch. At the same time, gesticulating too violently like throwing your arms in the air or talking loudly may make you come across like a drama queen.