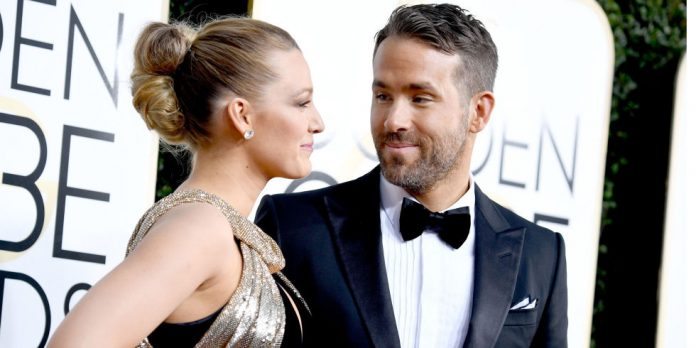 While the rest of us are still reeling from the emerging images of Selena Gomez and the Weeknd swapping saliva behind a dumpster, we can turn our attention to more classy couples who like to show their love a little stylishly. We got a chance to take a sneak peek into their lives as they walked the red carpet at the Golden Globes 2017. Most of them keep their love lives private, but when it’s showtime, it’s also time to put everything on display. Not to mention, in a fickle small world like Hollywood, we are so happy to see these rock-solid relationships to emulate.

She teased him for getting his name misspelt on the place cards. Definitely the cutest couple of the night, they chilled on the steps, waiting to get interviewed and photographed. If nothing else, they really make #RelationshipGoals. Not to mention, they’ve also made a beautiful baby girl, Luna.

Though their movie together, Green Lantern didn’t work out, their long relationship does! Tagging each other as “best friends”, the two always looked loved-up when they hit the red carpet. Ryan and Blake are the A-list Hollywood couple of the year, and they don’t forget to show it off!

The This Is Us and The People v. O.J. Simpson: American Crime Story actor had a grand evening being a part of two of the biggest shows out there today. But he seems to never get over his first love, his wife. She even makes repeated appearances on This Is Us. It is said their love story began when they shared the same dorm in college. Talk about soulmates!

The comedic couple of Hollywood have stood the test of time and emerged as one of the strongest ones in the industry. He counts her as his strongest support, having overcome substance abuse. He was there to support her for her role in Bad Moms, last year’s comedy blockbuster.

The Can’t Stop The Feeling singer was nominated for a Golden Globe, and she was there to support her man. In an interview on Ellen, she had said that the best part of being married to the SexyBack singer was that she could get to call him her husband. Swoon.

The Tonight Show With Jimmy Fallon host and MC for the evening, he also took the time to pose on the red carpet with his producer wife. Jimmy may seem like a funny guy, but few know that he suffered from alcohol abuse, but his wife has been the woman he needed to get him through and become the quintessential host with the most.

The country singer was there to support his fellow Aussie and nominee for Lion, Nicole. They are one of the most sweetest and classiest couples of Hollywood to date and are so in love with each other even after all these years together, raising their daughter, Sunday Rose.

The Oscar winner was there with her new fiancé, who happens to be part of the band Phantom Planet that played the OST to The OC. As one can expect a young couple to be, they looked so happy together, but most importantly, they look like they are ready to take it long-term and aren’t just smitten for the moment.

Here is another man who is in love with his wife like a high school kid. On Instagram, he captioned her photograph: “Look at my hot date”. The Thor actor and Fast And Furious alum look great together – so good, in fact, it’s sickening!

Married now for nearly a decade, The Big Bang Theory‘s actor isn’t so creepy in real life with his actress wife. She was there to support him for his role in Florence Foster Jenkins alongside Meryl Streep.

Courtney B Vance and Angela Bassett

As an acting couple, they make a perfect pair. He was part of a stellar cast for the multi-award winning The People v. O.J. Simpson: American Crime Story and she stars in American Horror Story, both from FX. He said of her: “the woman who rocks my chain”.

They have been married for decades, and gone through the biggest ups and downs, including the dead of their son. But time has not been able to erode their rock-solid marriage. Though she has been out of acting in major roles for a while now, she was still there by his side for his role in The People v. O.J. Simpson: American Crime Story.