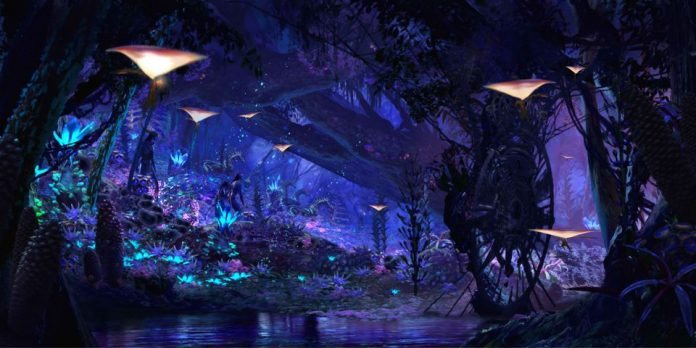 Are you ready to zoom into 2017 or what?! To top the list of “happiest things”, Disney – the happiest place on earth will be opening an Avatar-themed Pandora park in the Summary of 2017. Avatar is made famous by James Cameron’s Oscar winning hit that was released in 2009.

Pandora: The World Of Avatar will be placed in Disney’s Animal Kingdom in Orlando, Florida and will attract visitors to the land of the Na’vi. This is a brilliant time for Disney to open our minds and their doors to imagination, as crowds burst through during the summer holidays.

On Christmas Day, Disney released a video that showcased the upcoming Avatar park, and to say the least, it looked stunning.

James Cameron, creator of the great land of Pandora, is part of the building team. Imagine how exciting it is to have your vision created right in front of you, so you can share it with the world? I mean, doesn’t that feel close to being a literal god? The Hollywood maverick first thought up of Avatar way back in 1995, though technology was minimal then, and it took a while to build a land out of his visions. But now, he gets to see it being created right in front of his eyes.

Btw, don’t forget to read the hilarious comments of those who have viewed the YouTube video from Disney. It looks like fans still prefer an Avatar 2 over a ride at Disney. But I’m sure once you get in there, you won’t want to leave.

And they really seem to be putting attention into detail. The theme park is being designed by Disney Imagineers and James Cameron’s Lightstorm Entertainment, together in collaboration for the first time. The theme park will include a boat ride into the luminescent backwaters of Pandora, complete with their illuminated flora and fauna and mystical creatures. Visitors will also get to ride a mountain banshee, the winged creatures used by the Na’vi in the film.

Take a look at the exclusive images of the upcoming Pandora: The World Of Avatar at Disney.