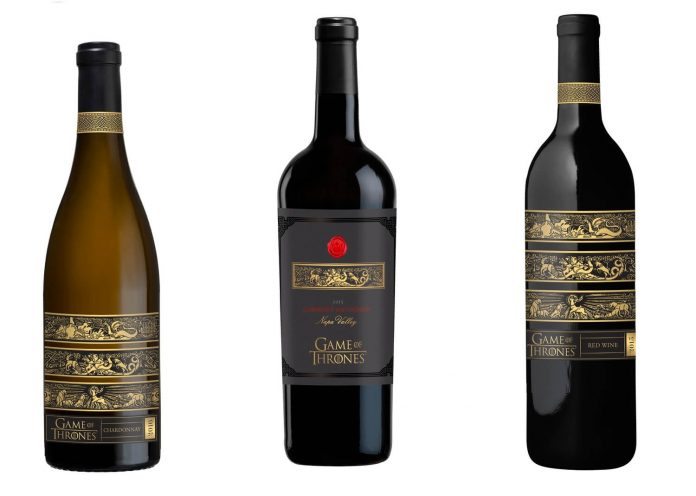 When it comes to George R R Martin’s land of Westeros, the only thing that flows a-plenty is their spiced wine. Water is meant to wash the blood of guilty hands, you see. From Cersei Lannister to her Imp brother, Tyrion and even the Lord Commander of the Night’s Watch, everyone likes their goblet of red. And now, HBO the network responsible for bringing the legendary series to silver screens, is ready to sell official Game of Thrones wine to us, the thirsty lot!

How do we know this?

HBO has teamed up with Vintage Wine Estates in an exclusive partnership for licensed GoT wines. There will be three varieties available at affordable rates. Each bottle will be available in the standard 750ml glass case

Jeff Peters, Director of Licensing and Retail for HBO, said about the yet-to-be-released set of wines: “Given the prominent role of wine on Game of Thrones and our previous success in the beverage category, an officially licensed wine for the show feels like a natural extension for our fans. Game of Thrones wines definitely will add to the fan experience as the battle for the Iron Throne heats up heading to the final seasons.”

Well, he ain’t wrong about that! As we saw the newly crowned Queen Cersei Lannister, Protector of the Realm and Ruler of the Seven Kingdoms take the Iron Throne in Season 6, as the land literally burned around her, and prophecy began being fulfilled, we can only imagine the hype that about to become Season 7 and the last Season 8. Already, the entire plot for the upcoming Season 7 has been leaked and yes, we do need more wine for this!

Unfortunately, HBO isn’t releasing the red this Christmas, or it would have made for a good Winter. But be prepared with your cups when Game of Thrones airs in Spring 2017.