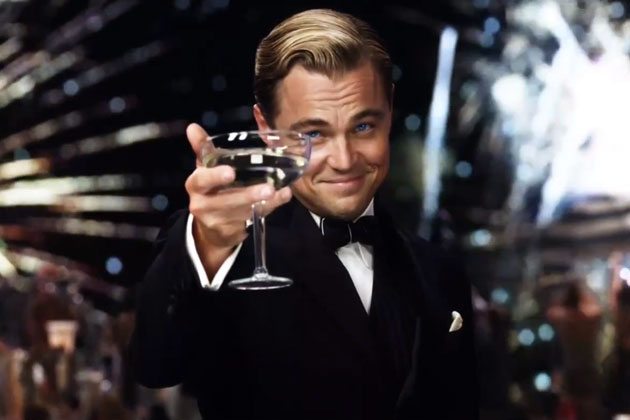 Who wants to be a millionaire? Uh, me! With a bazillion people being “nillionaires” and even in-debt-aires, to stand out of the crowd and be worth a good fortune won’t do you any harm. And I’m talking about people who earn their bucks, rather than inheriting it from their parents (looking at you, Rich Kids of Instagram). Not everyone can cash in with their bodies because we don’t look like a Kardashian-Jenner, neither do we have the bank to undergo procedures to make us look like a Kardashian-Jenner, so what you got left is hard-work and a few tactics that you can habituate yourself to in your 20s to make it as a millionaire in your 30s. If you’re already in your thirties, then uh, try becoming a millionaire in your forties.

“In today’s economic environment, you cannot save your way to millionaire status. The first step is to focus on increasing your income in increments and repeating that.” – Grant Cardone

How do you do that? Well, there are many ways. But you could start off by making a hobby lucrative. For example, if you like writing on your time off, you could start a part-time blog and maybe even expand your work into a book some day. This is in addition to working a regular job.

“The only reason to save money is to invest it. Put your money into secured, sacred (untouchable) accounts. Never use these accounts for anything, not even in an emergency.” – Grant Cardone

A good tip that was also once given by self-made billionaire, Warren Buffet, was that you can start small, by putting in a fixed sum of money every month. Accrue these savings, re-investing them over and over, and gain from the money-multiplier effect. It really works.

“Within months I had a lawyer, editor, personal trainer, part-time chef, and other personnel. It cost me a fortune at first, but eventually helped push me to the million dollar mark. Most people won’t ask for help because their ego is in the way.” – Daniel Ally

We think it will be an added expense if we hire professionals to do our work for us, including lawyers, accountants and financial planners. But the upside is that you get the opportunity to work on your strong points, while the paid professionals do the rest.

“Conserve your mental power by making easily reversible decisions as quickly as possible. I know what I’m wearing to work and eating for breakfast each day next week. Do you?” – Tucker Hughes

This isn’t about choosing whether to pick strawberry or chocolate gelato. These are life decisions that define your present and future. By wavering between two choices, you’re literally wasting time. Here’s the deal: just stick to one choice, and whether you’re scared about it or not, just make the most of it.

Don’t Show Off, Show Up

“I was still driving a Toyota Camry when I had become a millionaire. Be known for your work ethic, not the trinkets that you buy.” – Grant Cardone

Being flashy doesn’t mean you’re rich. As you can tell from tabloids, these flashy stars are actually in debt with the repo man always on their tail. People forget what latest bling you’re handling, but what they remember is how you run business and ultimately your whole life.

“You’ll have to take major leaps in your life, sometimes not even knowing where it will lead. However, it will pay off once you get to the other side.” – Daniel Ally

There are many big winners who say the same thing: life is not about the failures, but the number of times you tried. And with each failure, you know what not to do the next time. As they say, you never know unless you try.

Donald J Trump, current President-elect of the United States has always thought big. He said: “If you’re thinking, you might as well think big.” People may hate him, make fun of him and want to kill him, but hey, he still has billions of dollars in the bank and won one of the toughest elections in the history of American politics. And that’s something.

“In the process of reaching the seven-figure mark, I’ve learned dealing with people is the most important attribute. No one can become a millionaire without knowing how to deal with people assertively.” – Daniel Ally

If there is one book that you will ever read, it has to be Dale Carnegie’s How To Win Friends And Influence People. His steps are so simple, you’ll feel stupid not to have thought of them before. Schools may teach you arts and commerce, but a true winner at life knows how to handle people.

“The safest investment I’ve ever made is in my future. Read at least 30 minutes a day, listen to relevant podcasts while driving and seek out mentors vigorously. Consume knowledge like air and put your pursuit of learning above all else.” – Tucker Hughes

Keep in mind that you are always a student to life. Never feel like you are an expert beyond learning, or that a certificate means you hold the key to knowledge. If you’re not gaining insight from a book, learn from other people.