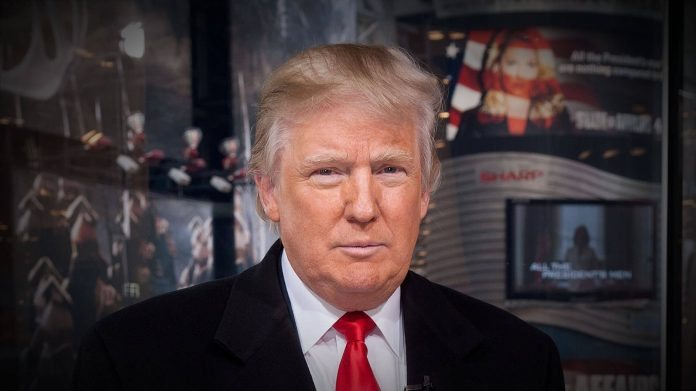 The global media and social media were so vehement about their opposition to Republican Presidential candidate, Donald J Trump. To a regular onlooker, it seemed as if Democrat favorite, and long-time political enthusiast, Hillary Rodham Clinton was going to shatter the proverbial glass ceiling by becoming the first woman President of the United States. A host of celebrities – including Bruce Springsteen, Bon Jovi, Lady Gaga, Katy Perry, Miley Cyrus, Jay Z and Beyoncé, goaded the American public to vote for her, with many threatening to leave the US should Trump become President.

But hey, on November 8, 2016 in what has been dubbed a “shock” election and victory, Donald J Trump, real estate mogul and reality TV-star, won the election by a landslide, even pulling in support from states that for decades had been shaded blue. It seemed like the media’s influence and public personal taunts from everything about his looks, to accusations of sexism and racism, had no effect on the average American, who chose Trump’s “Make America Great Again” policies over Hillary’s Liberalist outlook.

Democrat supporters were left in shock as one by one, polling results turned state after state red. People were betting on Florida, a key state that usually determines the outcome of an election – Floridians picked Trump. Next was Pennsylvania, another key state that Hillary betted her last dollar on, holding her final campaign push on Monday before Election Day – they, too, picked Trump.

Here is the US Presidential Election Map depicting state-by-state results.

Not only that, but Republicans won maximum seats in the House, though by a slim margin, which means that Trump will have all the support he needs when carrying out his policies for the American public for the next 4 years. Financial markets were not too happy about the result, as many had betted on Clinton winning the election, since her popularity seemed to be soaring closer to the election. Markets crashed and the Mexican Peso was rocky, considering Trump’s supposed protectionist policies against the US’ southern neighbor.

If there was one happy person, apart from Trump, who was relieved about the result, it had to be Russian President Vladimir Putin, who sent a telegram congratulating the Republican on his victory. According to reports, there was applause in the Russian Duma, or Russian parliament when the results were announced. Putin expressed “hope for joint efforts to bring Russian-American ties out of crisis, resolve key international questions and find and effective response to the challenges of the global security”.

Here is a break-up of the demographic of votes received by each candidate. This is important, as it determines the crucial American voter and where Hillary, polls, pundits et al failed to make their mark, though Trump, being the ace marketer that he is, managed to pick up on from the start

The road to the US Presidential Elections has been a rocky one, to say the least. Each candidate was marred by controversy. Trump faced severe public backlash after an audio record of him back in 2005 bragging “grab ’em by the pussy”, followed by shaken women making public accusations of him making un-wanted sexual advances towards them in the past. Later, Clinton faced corruption charges, when just 11 days before the elections, the Federal Bureau of Investigation (FBI) ran an investigation into her private emails, where she was known to use a private server while serving in public office as Secretary of State, and deleted emails to hide evidence. This, along with the fact that she was handed questions to her Presidential debate against Trump by a CNN representative.

Donald J Trump will be sworn in as the 45th US President in January 2017.