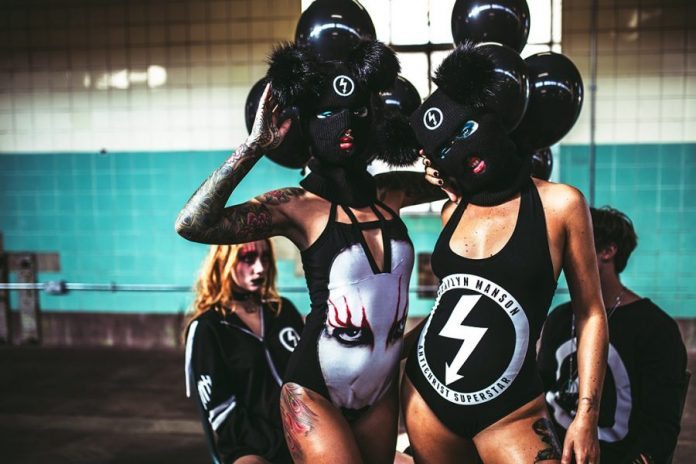 Shock rocker Marilyn Manson is known as one of the godfathers of goth, since he first made it on the scene as the self-proclaimed “Anti-Christ Superstar”. His appearance has been one for the tabloids, with many old-fashioned minds questioning his style, especially in the 90s when people still had morals. But Manson was one to wear his anarchy on his sleeve, and has continued to be his own guru when it comes to how he creates his image – from a microphone styled like a knife, to his mismatched eyes and face paint. Now, he’s done all his dark fans a big favor, and is pairing up with another trend-breaking fashion house, Killstar to bring out a gothic line just in time for the goth-loving season of Fall and Halloween!

Killstar is an up-and-coming company that sells clothing and accessories meant to break barriers and is meant for those living on the edge. From being a self-contained little company, it has now expanded with millions of die-hard followers and hundreds of products available. By teaming up with Manson, the clothes you are looking to get are similar to the themes of his racy and controversial videos. They include t-shirts and sweaters with his MM logo, his grotesque face and knitwear and gothic, bondage-type accessories.

Creative Director for Killstar, Tequila-Rose says of the upcoming fashion collab: “Getting to explore the darker side of fashion, whilst injecting the Manson attitude and philosophy – was a real dream come true. Manson has been such a massive inspiration to myself and hopefully, without sounding corny – this is what us Goth girls live and die for! It has taken two years to make this into a reality – and we are all super happy with the result.”

Marilyn Manson has been quite the artiste himself, apart from his multi-platinum albums and personal image. He is a well-known talented painter and has his own merchandise which he sells off his website. He is also very involved with fashion and attends many-a fashion show that tilts towards goth fashion dreams. The Killstar-Manson fashion line will be out October 15 on the official Killstar website and at select stores, so get your credit cards ready because they’re about to get maxed-out! You will want everything in this line!

You do not want to miss this short intro video from Killstar x Manson that features The Beautiful People by Marilyn Manson. 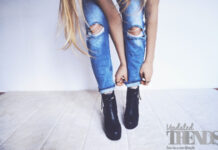