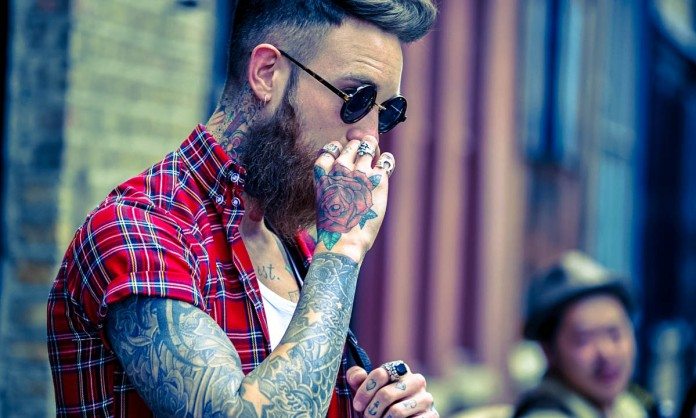 Millennials have brought with them many changes to society. From political to social and everything else in between, they are the new generation that are the helm of a new age. Even then, they find themselves divided amongst each other, being identified with what their main characteristics are – it can be related to personality, religious and spiritual views and whether you support Clinton or Trump. Among the popular lot of millennials is a new breed slowly expanding among the masses. They call themselves hipsters and are damn proud of wearing it on their sleeve. Here is how you can spot a genuine hipster, but first, what are they even?!

According to the Urban dictionary, “Hipsters are a subculture of men and women typically in their 20s and 30s that value independent thinking, counter-culture, progressive politics, an appreciation of art and indie-rock, creativity, intelligence and witty banter.”

If you still didn’t get that, it’s ok, because here are other ways you can label a hipster:

Hipsters are all about standing out from the crowd. Don’t expect them to follow fashion advice from a leading magazine, because they have their own fashion line. In fact, they believe in gender-fluidity and that includes women donning boyish clothes and men putting on a couple of women accessories. Being a hipster is all about the androgynous look. Oh, and yes, men have those infamous handlebar mustachios and man-buns.

This clan of outsiders love to do everything off the beaten track. You will never catch them at popular joints, instead they will choose the most quaint locales as their “hangout” joints. Whether you talk about music, cuisine or any other social topic, they love to indulge in the weird parts of life, and boast about that fact. Unsurprisingly, they used to attend Lollapalooza before it became too “mainstream”. That’s right, they hate even the mention of “mainstream”.

It’s great that music now plays a major part in everyone’s life. Music can bring cultures together, though hipsters aren’t super excited about that. They love to listen to bands that you have never even heard of. Sometimes it sounds like they’re just making group names up to sound all mysterious with their music choices. They kept dropping names like Tame Impala and Death Cab For Cutie, but unfortunately, that too became too mainstream.

And the choice of cuisine?

Like everything else that is quirky about this bunch, even what they put in their mouths has been picked carefully. To cut it short, they love organic produce. It seems more authentic than jamming Cheetos down their throats, and they are all for doing what others are reluctant to pursue. In fact, the more exotic-sounding the food, the higher the chances they have it on their menu. Let’s drink some matcha to that!