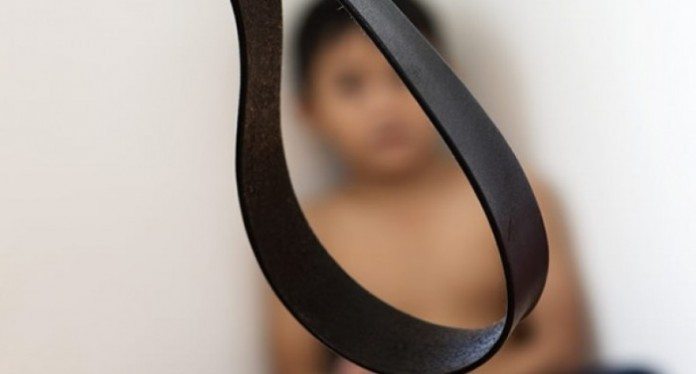 Children are brought up and disciplined in different ways. Each parent has their own method for training a child into becoming, hopefully, a responsible adult. Some of us were encouraged to just be who we are, some were given light-to-medium punishments like – sit in the corner, go to your room, mow the lawn, etc. – and the rest of us were, well, spanked. If you’re a brown kid (and tons of jokes are made about this), you were expected to receive corporal punishment at any given time.

There have been debates down the decades about whether “raising your hands” on kids and whether it’s a good idea or not. Some parents argue that their kids are out of control, and until they are spanked or hit upside the head, they won’t co-operate. Others say that it’s the way they were taught, and that’s why they turned out to be who they are, thank you very much. Being beaten in childhood somehow turned them into the ideal parents who hit their child into submission.

According to experts at the University of Texas and the University of Michigan, “We as a society think of spanking and physical abuse as distinct behaviours. Yet our research shows that spanking is linked with the same negative child outcomes as abuse, just to a slightly lesser degree”. In another research done by the University of North Carolina in 2010, it was determined that around half of the 8-to-9-year-old children tested, were hit with paddle boards and switches.

Though many parents agree that hitting their children is alright, in what context and to what degree is it being done? Is it more about discipling the child or punishing them? Because with discipline, there is hopefully a positive outcome in the future, where they are taught to behave right as adults. However, if the same beating is given with an intention of “punishment”, then doesn’t that do more harm than good?

In a world culture where child abuse related crimes are hitting the roof (remember the Ashley Smith case where an Alabama mother broiled her child in the oven?) there needs to be a more severe line drawn between discipline and punishment. This is the future of our world we are talking about here.