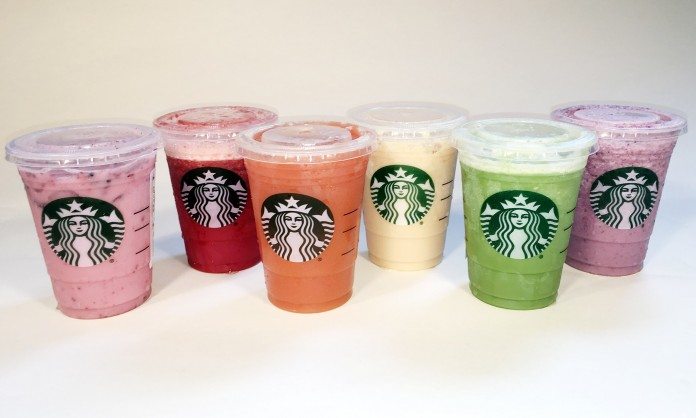 The mystery behind the Starbucks drinks which made their rounds on social media in June is over. Starbucks has decided to let the public into it’s secret society by revealing the ingredients to a line of drinks they are calling Rainbow Drinks. These drinks are not an official part of the menu but can be ordered at Starbucks restaurants by their colour. For example, “Hi I’d like a tall blue drink please.”

The whole mystery (or some might even say confusion) started last month when Starbucks’ elite customers and members of the illuminati started posting pictures of drinks they bought from the Starbucks secret menu. They boasted about the drink on Instagram with hashtags like #PinkDrink and #PurpleDrink which caused much intrigue among Starbucks consumers. This so much that it even caused confusion amongst Starbucks baristas who didn’t understand what customers were ordering and how to make them. Starbucks is known for its secret menu consisting drinks made up by baristas and fans through Instagram. They do serve the secret items to everyone, but the customer just needs to know the ingredients in the beverage to be able to order it. Other items on the secret menu include peaches and cream, honeycomb and Oreo cookie frappuccinos.

Since these drinks are getting so popular amongst Starbucks fans, the company has gone public with the ingredients of the Rainbow Drinks so that everyone can order it. The drinks vary in pricing but are in the same price range as frappuccinos on the menu.

#GreenDrink: Teavana Iced Black Tea with coconut milk instead of water and matcha

Now Starbucks could have just released the Rainbow Drinks on its official menu of course, but why do that when you can gain the best kind of publicity with a combination of social media and word of mouth. This marketing campaign by Starbucks is a stroke of genius. The company is tugging on one of the main aspects of human behaviour, people being social animals. There’s nothing quite as annoying as not being in on a secret, but when you finally do get in on the scoop you feel privileged. And that’s exactly what Starbucks is doing here. First they created a buzz by promoting drinks from the secret menu on social media so that the average Joe who may not even be a Starbucks regular wants a piece of this drink, simply because it’s a secret. Then they let him in on the secret by giving the drinks a name and revealing its ingredients so he can order it. However by not putting it on the menu just yet, the company is prolonging the word-of-mouth and social media publicity the rainbow drinks are receiving.