It’s a classic case of a fairytale wedding. Only that it’s no longer the preserve of fairy tales. Or how else do you describe a wedding that cost a mind-blowing $1 billion? This high-end wedding of Said Gutseriev, 28, and his heartthrob, Khadija Uzhakhovs, 20, which occurred last Saturday is trending on the Internet, and has taken social media by the storm. For starters, Gutseriev is Oxford-educated and the son of a Russian business tycoon while Uzhakhovs is a student.

The wedding had who’s who in the music industry. There are jaw-dropping photos and fabulous videos of the best wedding band of all time, comprising of Jennifer Lopez (JLo), Enrique Iglesias, and Sting. These artistes entertained the guests with nostalgic live performances, reminiscent of the mid-2000s; JLo changed her gorgeous outfits several times, and among her performances included “Waiting for Tonight”. Iglesias moved the guests with among others, his song “Bailonda”. For Sting, it was notably “Desert Rose”.

The bride’s magnificent and beaded Elie Saab haute couture gown cost $25, 000 and had a handbag, both bejeweled. The dress was shipped from France and allegedly weighed over 11 kilograms, requiring the bride to be assisted as she walked upstairs. With a diamond tiara and diamond necklace, the bride was a sight to behold! In a more laid-back atmosphere, the bride is clad in an embellished satin dress, with meshed long sleeves.

There were two grand receptions. The walls of the venue of the first reception, the renowned banquet hall called Safisa, were decorated with fresh flowers all round. The venue was immensely ornamented and there was a gigantic cake twice as tall as the bride. Guests were ferried in a convoy of high-end vehicles, including several Rolls Royce cars. The second reception took place in London. 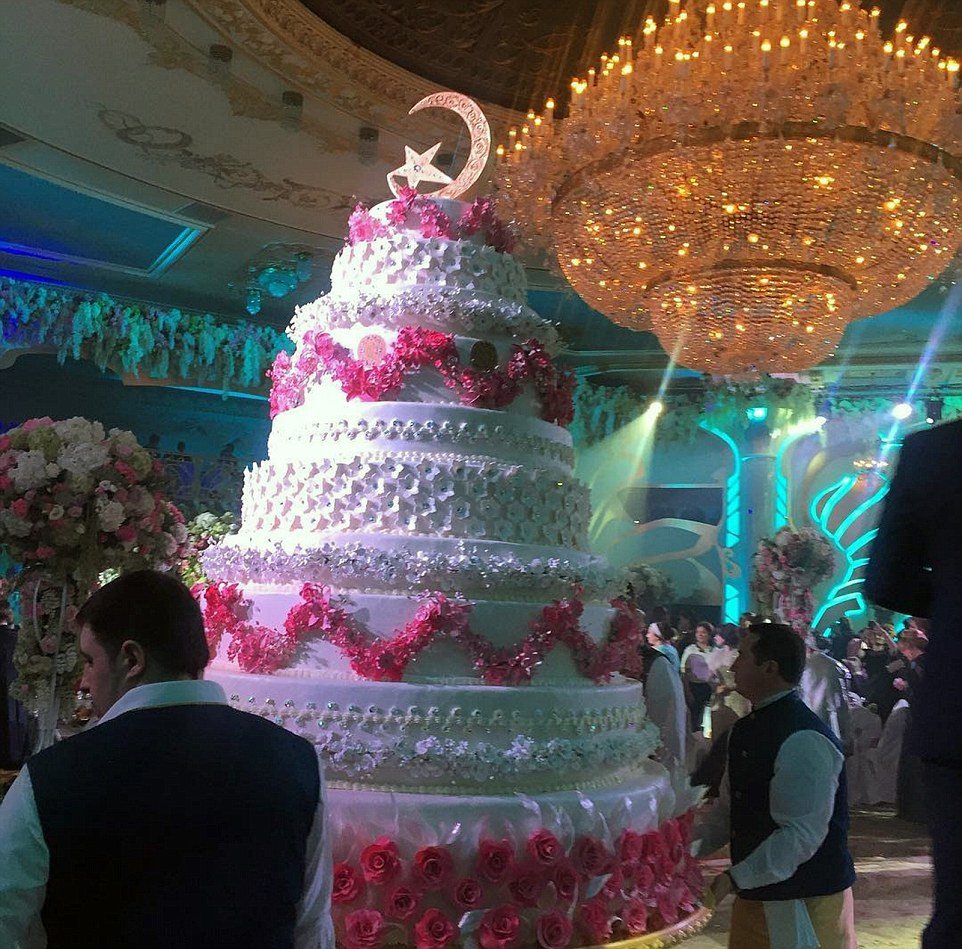 Wedding of the Century

If photos of the wedding on Instagram is anything to go by, then it’s the wedding of the century. There is no official report on the cost of the Russian wedding yet, but according to Harper’s Bazaar, the cost is approximately $1 billion. The bridegroom’s father, Mikhael Gutseriev is worth around $6.2 billion but for a man of his ilk, the wedding budget is merely a fraction of his wealth.